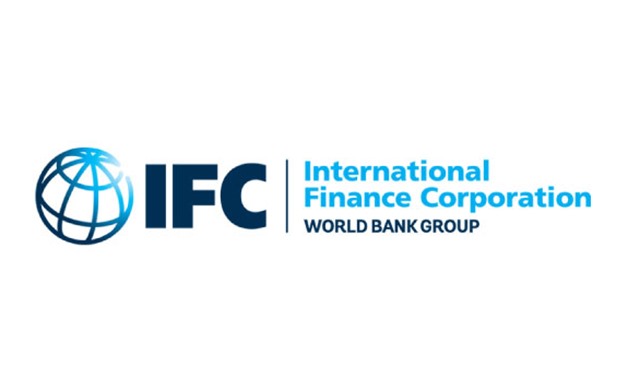 This came during Al-Mashat’s meeting with the International Finance Corporation’s (IFC) Global Head and Director of Climate Business, Vivek Pathak, as part of the Minister’s participation in the United Nations Climate Change Conference (COP 26) at Glasgow, the United Kingdom, running from October 31 to November 12.

During the meeting, Al-Mashat discussed the development cooperation programs with the International Finance Corporation (IFC), one of the World Bank’s institutions, as one of Egypt’s most prominent multilateral development partners; applauding the strategic cooperation with the IFC.

This cooperation enhances integration with the government’s efforts to push forward the private sector’s engagement in development, as the IFC has financed Egypt’s Commercial International Bank (CIB) through the issuance of the $100 million first green bonds in the MENA region to finance the private sector, she illustrated.

Al-Mashat stated that Egypt is rapidly progressing towards achieving Egypt’s Vision 2030, which aligns with the United Nations 2030 Sustainable Development Goals (SDGs). In 2020, the Government of Egypt sold $750 million in green bonds in September in what was the region’s first sovereign offering of climate-friendly securities. The issuance was almost 5 times oversubscribed, attracting some $3.7 billion worth of orders for the bonds.

She pointed to growing appetites for sustainable securities worldwide. The Minister further noted that the Ministry of International Cooperation works through partnering with bilateral and multilateral development partners to advance climate action’s efforts, and to support the national development agenda to adapt to climate change.

Minister Al-Mashat emphasized that amidst the global dialogue directed at facing the negative repercussions of climate change, it is of utmost importance for all relevant stakeholders, including governments, the private sector, and civil society, to support these plans and joint efforts; adding that the private sector shall play a pivotal role in implementing adaptation and mitigation plans in regards to curb climate change’s effects, in addition to strengthening partnerships between international institutions and the private sector to support this plan.

She further elaborated that the IFC was one of the institutions that contributed in financing Egypt’s flagship project: Benban Solar Park, as it provided development financing worth $653 million to the private sector, which reflects the interest of International Financial Institutions (IFIs) and global investors, in tapping on the huge potential for Egypt’s solar energy, especially post the structural reforms that the government has created in this sector.

The meetings held by the Ministry of International Cooperation come within the framework of the extensive communication and consistent coordination the Ministry plans with bilateral and multilateral development partners, in order to discuss ways that push forward the countries efforts towards scaling up green transformation and bolstering climate action, especially after Egypt launched its National Climate Change Strategy - 2050, and within the framework of Egypt’s preparations to host the next edition of the UN Climate Change Conference next year in Sharm El Sheikh.

On Tuesday, the Minister took part in the COP 26 Presidency Event on Advancing Gender Equality in Climate Action, where Al-Mashat stated that although women’s rights are disproportionately not equal to those of men, they are more vulnerable to the  effects of natural disasters and climate change, hence it is of profound importance to enhance their contribution in policy choices that lead to better environmental governance, and to bridge the gender gap in national policies and putting climate action plans and measures.

Last May, the Minister met with Mokhtar Diop, Managing Director of the International Finance Corporation (IFC), to discuss areas of bilateral cooperation, ongoing and future partnerships as well as means of enhancing the IFC’s role in supporting Egypt’s private sector.

The World Bank Group announced mid-year Climate Change Action Plan 2021–2025: Supporting Green, Resilient, and Inclusive Development. This plan works towards advancing the climate change aspects of the WBG’s Green; aligning with the goals of the Paris Agreement, and achieving results that integrate climate and development.