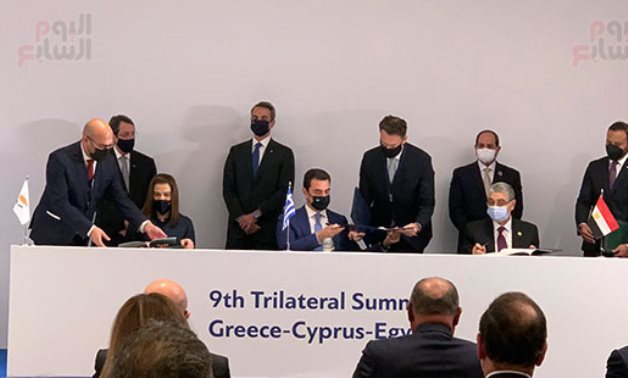 Signing of electricity linkage MoUs among Egypt, Greece, and Cyprus in Athens during ninth Tripartite Summit on October 19, 2021. Press Photo

CAIRO – 19 October 2021: Minister of Electricity Mohamed Shaker signed Tuesday electricity linkage MoUs with Greece and Cyprus in the presence of the chiefs of state of the three countries who were convening at the ninth Tripartite Summit held in Athens. 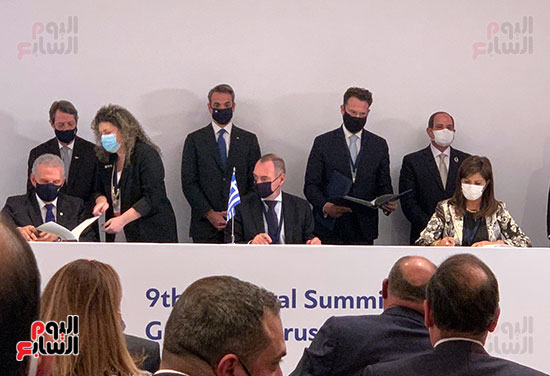