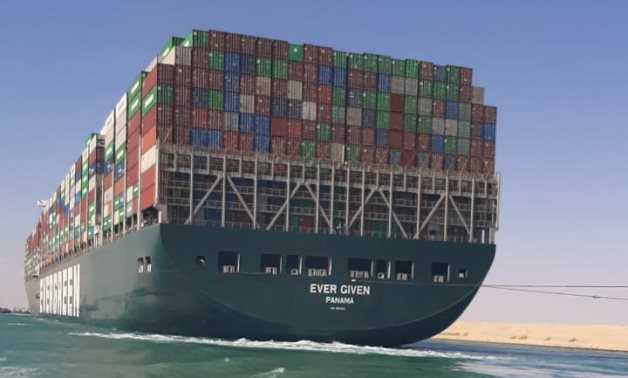 CAIRO – 26 April 2021: The Egyptian Suez Canal Authority (SCA) denied, Monday circulated reports on arresting any of EVER GIVEN crew members

SCA head admiral Osama Rabie said in a statement that the authority does not object the leaving or replacing of any of the crew members, provided the presence of the sufficient percentage of sailors necessary to ensure the ship security.

Earlier on April 15, SCA has allowed two members of the Panama-flagged Ever Given vessel’s crew to leave Egypt due to emergency personal issues

In his statement, Rabie affirmed the authority's keenness to make the ongoing negotiations with EVER GIVEN’s Panamanian vessel owner company and the insurance company successful. He added that the authority showed a lot of flexibility aiming to reach compatible solutions suitable for all parties.

Rabie expressed his hopes for reaching an agreement as soon as possible in light of the great facilities provided by SCA.

SCA head affirmed that that the commission deals the situation and negotiations with complete flexibility.

In previous statement Rabie affirmed that the investigations into the accident of grounding of the arrested EVER GIVEN ship, are still ongoing, in parallel with the continuation of negotiations with the shipowner and an insurance club to reach an agreement regarding 916 million claims in compensation.

“The authority spares no effort to ensure the success of the negotiations and fully cooperates to meet the crew’s demands [on board of] the ship, which is currently detained in the Great Bitter Lakes until the end of the investigations,” said Admiral Rabie, adding “In this regard, the authority responded to requests submitted by the shipowner to allow two members of the crew to leave the ship and go back home for emergency personal issues.”

The admiral affirmed that all logistical requirements for the ship's crew are provided through the shipping agency. All 25 members of the ship crew are Indians.

On March 23, the Ever-Given ship went aground in the 151 km of the Suez Canal, where the vessels in both directions pass, causing the suspension of the international maritime navigation through the canal for six days.

Egypt has asked for 916 million in compensation for damages caused by the grounding of the ship, the salvage operation, and for loss of reputation.

Recently, an economic court in Ismailia governorate issued a decision to officially arrest the ship until paying the compensation. Egypt and the Japanese shipowner, the Chinese operator (Evergreen Line),and the insurance company (UK P&I Club) are in negotiations with the Egyptian Suez Canal Authority to reach an agreement acceptable by all parties.

Both the operator and the insurance club confirmed that the ship was seized on April 13, 2021. The P&I aspects of the claim are relatively modest, with the exception of a claim for loss of reputation, which is disputed,” the UK P&I Club said in a statement on Tuesday.

The operator (Evergreen Line) issued a statement on Wednesday, saying that Egypt has asked for $ 916 million, including a “claim for salvage bonus and a US$ 300 million claim for loss of reputation and so on.”