By: Engy Magdy
New York – 10 November 2019: Egypt and Cyprus have historic relations dating back to the declaration of the independence of Cyprus in 1960. In the past four years, cooperation between the two countries has reached a high point as a result of gas discoveries.

In January 2019, the Eastern Mediterranean Gas Forum, which includes Greece, Italy, Jordan, Palestine and Israel, was founded. In 2014, Egypt and Cyprus along with Greece established the tripartite summit. In 2017, the three countries signed an agreement to strengthen military cooperation.

Cairo and Larnaca cooperate in the fields of trade, investment and counter-terrorism.

Cyprus, which lies on the northeastern corner of the Mediterranean Sea, has strategic importance to both Europe and other regional neighbors, as its location makes it an essential part of the security dynamics in the region. Cyprus is a member of the European Union, but is not a member of the North Atlantic Treaty Organization (NATO). However, Cyprus remains a crucial element to NATO operations in the Mediterranean region.

Since 2007, Cyprus has faced Turkish provocation in the Cypriot Exclusive Economic Zone (EEZ). In a wide- ranging interview with Egypt Today, Andreas D. Mavroyiannis, permanent representative of Cyprus to the United Nations, discussed the strong relations between Egypt and Cyprus, Turkish aggression in the region, as well as Ankara’s claims on Mediterranean gas.

The past four years witnessed a great development in the Egyptian-Cypriot relations in all fields and departments. How do the two countries cooperate inside the UN on regional issues?

Mavroyiannis: Our relation with Egypt goes back to our independence, since the time of president GamalAbdelNasser and president Makarios III. We have been working together in the nonaligned organization moving itsagenda. We are Very close neighbors and have a lot of synergy in many issues. Today it’s becoming closer and closer.

The last few years we have bilateral cooperation in many aspects and the relation is becoming very strong between Greece, Cyprus and Egypt. Greece and Cyprus are members of the European Union so we can offer access to the EU for Egypt and Egypt offer us access to the region. We are also working together in programs of the union of the Mediterraneanas well as intourism and business exchange. There are prominent Egyptian investments in Cyprus in real estate and other fields. We are so close and have afriendly and natural relationship.

There are repeated Turkish attempts to disrupt Cyprus’ efforts to benefit from its natural resources in the Exclusive Economic Zone. How does this affect your activities?

Mavroyiannis: Of course, we are a small country and we are trying to protect our own rights. Definitely, we donot pose danger onanybody; all we want is to create cooperation withall countries that is based on mutual respect and respect to the international law. Based on this idea, we don’t do anything that mightaffect turkey’s right, but at the same time we won’t allow things that clearly violate our own rights.We need to find ways to delimitatemaritime zones in accordance with the international law as we did with Egypt and Israel.

We all know the enormous needs of the European Union countries when it comes to natural gas, so if we come together to provide a channel to pipeline gas to Europe, we will benefit each other and we are going to contribute to energy security inthe EU.It’s about creating the right conditions for cooperation. Cyprus so far has not made important discoveries like Egypt and Israel, but the odds are high for our location and because of that we are part of any kind of cooperation in the eastern Mediterranean.

But Turkey refuses to recognize the delimitation deal on the maritime zone..
Mavroyiannis: Turkey's situation is very complicated and it doesn’t start now.They have had problems in the maritime area with Greece and with us for more than 45 years; they have a very illogical notion of the international law. Turkey is the only country that has this notion of not recognizing maritime zones of islands. They have claims regardinga maritime area that very clearly belongs to Cyprus.Cyprus has done all what it takes in order to proclaim itas a national zone. The Turkishclaims are not based on any national or international law and they exploit the occupied part of Cyprus to challenge the sovereign rights of Cyprus or its natural resources based on the allegations that this belongs to the north of Cyprus.

You put the issue of Varosha before the Security Council and there weredecisions, why didn’t you bring up the issue of gas atUN also?

(Varosha is the southern quarter of the Cypriot city of Famagusta; its inhabitants fled during the Turkish invasion in 1974. Last October, the Security Council reaffirmed its previous resolutions 550 and 789 which state that any attempt to populate Varosha with people other than its inhabitants is inadmissible. These reaffirmations came after the Turkish triedto open the city).

Mavroyiannis: It’s before the UN, I mean we are always writing letters and talking about this in the Security Council. Last October, we went on a very specific problem concerningVarosha, where we have a UN resolution and we wanted a reaffirmation of this resolution to avoid all actions taken by Turkey in Varosha. We didn’t tackleatthe Security Council many dimensions of the problem because we didn’t want to make it more difficult for the council to adopt a reaction. We wanted a very clear reaction which we’ve already gotten. It doesn’t mean the other issue isn’t there, but it’s a small part of the problem that we face with Turkey.

The European Union has taken procedures against Turkey; however, they weren’t enough to stop it from continuing its aggression in the Mediterranean Sea.

How does Cyprus see the international response to Turkishbehavior in the region?
Mavroyiannis:This is always the problem.You can’t just keep silent and do nothing; whether this is enough to stop the violation, it’s another issue. Sometimes it takes too long, but you need to make a statementthat what is happening is completely unacceptable. I mean you need to be also realistic and pragmatic; we don’t have the same size of Turkey and we don’t command the same international interest.

Mr. Mike Pompeo warned Ankara about its illegal drilling; how may the US position affect the situation? Do you think that Cyprus can count on the US to take a decisive position against Turkey given what happened with the Kurds?

Mavroyiannis: The US, of course, isn’t against us. For what happened in Syria, this is just one of the results of the US boarder policy in the last two years which is based on new isolationism. Americans are withdrawing from many areas around the world, including from the most crucial area in the Middle East. It’s similar to their isolation after World War I; rather than engaging in the world affairs, they are moving out.

Now America doesn’t show leadership. From this point of view, you can explain what’s happening inSyria today, but of course there are a lot of disappointments because a lot of promises weren't kept.

At the end, we are never happy when the US seems to accommodate power like Turkey in conducting this kind of policies and I believe that nobody should be happy with this. Sometimes when there is vacuum, you find some regional power, an authoritarian regime, stepping in and this is what happed. So it’s a very dangerous situation. And eventually we don’t know what’s coming next.

France sent amilitaryship to the region.Do you expect any military escalation from Turkey?

Mavroyiannis:This is not the idea. I believe that at the end we go to our European partners and many countries are going to send a strong message but nobody wants to have clashes. We don’t want a military option, but yes it’s important to receive a strong message one way or the other as a deterrent so everything helps. France's step is most welcome as a message but certainly I don’t see the intensions to engage in military clashes.

But there are some kind of clash happening between Turkey and Greece?
Mavroyiannis: With Greece, it’s very dangerous because the situation in the Aegean Sea has been very bad for many years. But let me be very clear that nobody, I mean nobody except turkey, wants to engage in military clashes, so they need to understand it’s unacceptable.

What do you expect from the international community to do in this issue?

Mavroyiannis: First and foremost, it’s important to very strongly affirm that the Turkish behavior contradicts with the international law and is unacceptable,and then it’s also important for Turkey to paya certain price,which means measures, such as lack of development in the relations with the European Union, and other things,to affirm that continuing with the illegalities has a high cost.

Mavroyiannis: The obstacles are the lack of political will by Turkey and the Turkish-Cypriot side; they are asking to get everything before we start negotiating, but, as far as we are concerned, we have been working with the special envoy to set up the process according to a contract.

When it comes to the process, we have no conditions, but in order to start the actual negotiations, it’s important to stop the illegal drilling and violations in Varosha settlement.

Regarding theTurkishinvasion of North East Syria, despite themany reports about war crimes committed by the Turkish army, we haven't seen any condemnation from the Security Council. All the concerned organizations are either expressing concern or calling on all parties to De-escalate,while there is only one party waging aggression on the territory of another country, so how do you explain this position from UN?

Mavroyiannis: Thereaction of the UN is always based on the work done by the Security Council, and the council is a body that has the capacity to react. But in order to react, it needs the agreement of the permanent members, so when discussions started, there have been a lot of problems. It is important to go step by step and if there are accusations of War Crimes or something else, they must be properly investigated.

I understand the priority of the Security Council is to stop fighting, but that does not mean that everything is fine; therefore,sometimes political experience and political consideration stand in the way but I hope that the Security Council has not said the last word and very clearly we all need to be very honest.When there are violations, we need to investigate and we need to do the right thing to stop those violations first. 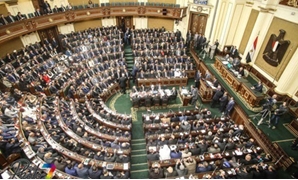