CAIRO – 18 May 2019: A request from Washington to deploy military forces in the waters of the Arabian Gulf was approved by a number of GCC nations, including Saudi Arabia, according to a report by Al-Sharq Al-Awsat newspaper.

According to sources, the main objective of the move is to allow Washington and Gulf nations to work together to deter any aggression or military threat from Iran against its neighbors or US interests in the region.

Tensions have escalated following attacks this week on a Saudi oil pipeline and a number of cargo ships in the Arabian Gulf off the coast of Fujairah in the UAE.

The sources reportedly said a number of Arab nations also plan to hold a summit on the sidelines of the Islamic summit scheduled to take place in Makkah during the last 10 days of Ramadan.

They added that the countries involved “are united by principles and visions that are consistent with regional and international developments,” according to the report.
On Thursday, UAE Minister of State for Foreign Affairs Anwar Gargash stressed during an interview with CNN that Iranian behavior has led to the current heightened tensions in the region.

He said a sabotage attack against four oil tankers off the Emirates’ coast had come at a “sensitive and difficult period in the region.” 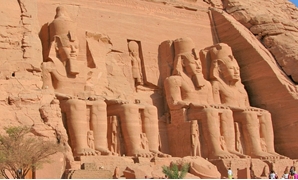