Facts about water resources and rationing in Egypt

By: Rehab Ismail
CAIRO - 2 March 2018: Water efficiency is considered one of the Egyptian National Security issues, the Nile River is the country’s most important water source.

The ancient Egypt culture was built on the sides of the river, the Nile provides Egypt with 95 percent of its water, in 1902, 1906, 1929 and 1959, Cairo signed agreements with the Nile Basin countries that guaranteed 55 billion cubic meters of Nile water per year for Egypt.

view of the Nile River and Cairo - Photo By Hussein Tallal

Further decrease in Egypt's water resources is expected amid the construction of the Grand Ethiopian Renaissance Dam (GERD), which could have a negative impact on Egypt’s Nile water share.

Agriculture in Egypt depends heavily on the Nile River, and it consumes 84 percent of Egypt’s water resources; therefore, the State is working on keeping its water security as much as it can through taking some procedures that may help ration water.

The government has taken procedures aiming to ration water consumption through preventing the cultivation of crops that need large amounts of water.
Minister of Irrigation and Water Resources Mohamed Abdel Atti decided to reduce the rice agriculture area in Egypt from 1,700,000 feddans to 724,200 feddans (1 feddan = 1.038 acres); According to the ministry this decline will save three billion cubic meters of water. At the same time the ministry is working on launching campaigns to raise farmers’ awareness to reduce water usage.


On the other hand, some experts expect that reducing the rice cultivated areas will lead to a decrease in production, decrease the quantities offered in the markets and lead to higher prices and a trend towards imports to cover the needs of the local market to insure food security.
The Ministry of Agriculture has identified 53 varieties of strategic water-saving crops that are adapted to the different environment and climate conditions, focusing on breeding during the coming period, which included seven varieties of rice.

CAIRO - 16 February 2018: The agricultural sector is considered one of the basic pillars to achieve economic and social development in Egypt, and rice is a key stable foodstuff for millions of Egyptians, but with the government's new water strategy, thousands of rice feddans will be reduced.

Egypt is preparing a LE 900 billion national plan for water management over the next 20 years in participation with nine ministers to develop solutions for water scarcity, according to Abdel Atti on Sunday.
During the “Egypt Can…With the Sons of the Nile” conference held on Sunday in Luxor and attended by 23 Egyptian international scientists, Abdel Atti remarked that the country allocates LE 70 billion out of LE 900 billion in investments for the crisis of water shortage.

CAIRO - 25 February 2018: Egypt is preparing a LE 900 billion national plan for water management over the next 20 years in participation with nine ministers to develop solutions for water scarcity, stated Minister of Irrigation and Water Resources Mohamed Abdel Atti on Sunday.


Facts about water resources in Egypt

Drinking water statistics:
The number of stations producing pure water 2706.
The quantity of water sold is 6.1 billion cubic meters.
The percentage of loss in pure water produced by the stations is 31 percent. 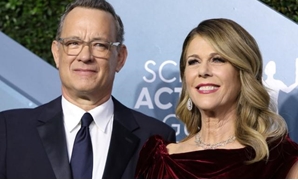 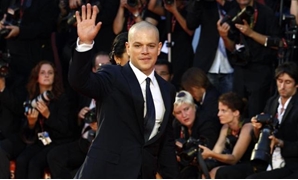