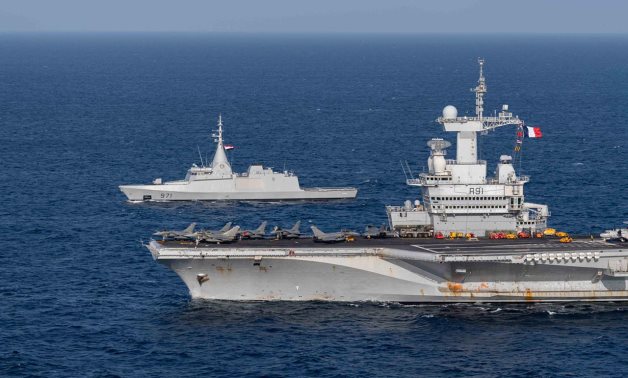 The forces trained on guard curtain formations on short and long distances while regulating all types of the formations' defenses. That is in addition to sailing jointly at night, exchanging helicopter landing among Egyptian and French vessels, and securing work areas. The Spokesperson of the Egyptian Armed Forces indicated in the statement that "the multiple joint exercises carried out recently by the Egyptian and French naval forces with the participation of the strongest French vessels reflects the big development the Egyptian Navy has achieved and the remarkable technological mutation it has experienced over the past years coping with the world's biggest naval forces."

The spokesperson added that the joint exercises showcase the depth of Egyptian-French relations, and keenness on preserving marine peace and security in the region.