What are Qatar's most active charities to support, finance terrorism around the world? 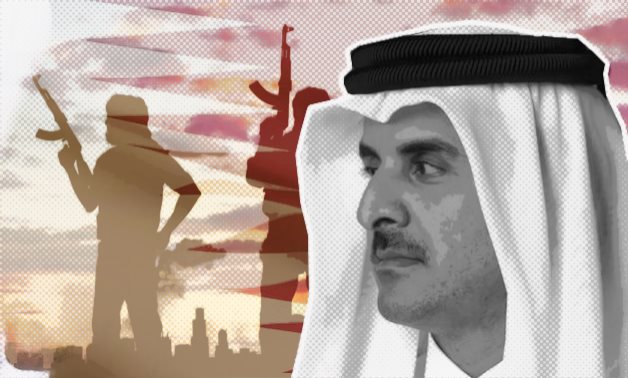 Under the cover of charitable work, the Qatari charitable institutions have become a hidden arm of funding terrorism.

CAIRO – 22 August 2020: Intercontinental terrorism,.. this is how the Qatari regime used charitable institutions to spread its destructive schemes and support and finance terrorist groups around the world.

Under the cover of charitable work, allegedly providing relief and a hand of aid to Muslims around the world, over the years, the Qatari charitable institutions have become a hidden arm of the regime that extends to tamper with the stability of Arab and even European countries, and spread devastation and destruction.

Egypt Today presents to you Qatar’s most active cover charitable institutions to finance terrorism around the world..

- Headed by the brother of the Emir of Qatar

- Has ties with Turkey

- The boycotting countries have listed it on terror lists

- It supports the Houthi militia in Yemen

- Was accused of supporting terrorism by the Canada Revenue Agency

Qatar’s support of the terrorist Muslim Brotherhood, Iran, Turkey, and radical Islamist terrorist groups led Egypt, Saudi Arabia, Bahrain, and the UAE to cut all ties with the tiny Emirate.

Among the terrorist-supporting charities is Qatar Charity that advertises its mission is “to participate in the preservation of Islamic culture through the construction of mosques.

Five years later, in January 2016, it was Ibrahim Hindy, the imam of Dar Al-Tawheed Islamic Centre, known for publicly expressing support of all Mujahideen to advance jihad everywhere, who went to Qatar on a fundraising mission.

Later that year he hosted Sheikh Nash’at Ahmad, an Egyptian Salafist preacher, who was arrested in Egypt for urging support of Mujahedeen carrying out global jihad and has also justified the 9/11 attacks.