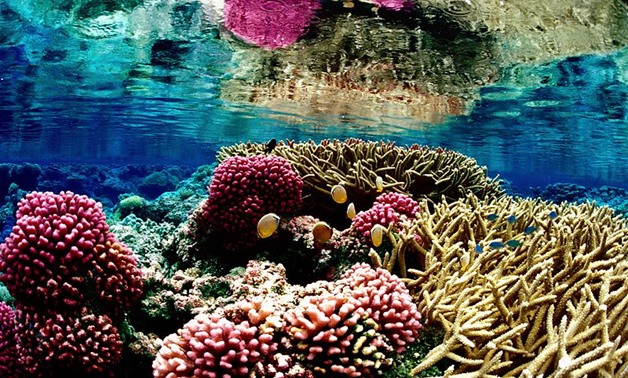 "The area that was cleaned up from June 19-29 covered Hurghada, Safaga and Marsa Alam to preserve Egypt's natural resources," the ministry added, noting that the next stages of the “Red Sea Clean Reefs Campaign” will be carried out on a larger scale and will include some diving sites inside and outside the Red Sea national reserves.

This came in cooperation with the Red Sea governor, the Hurghada Environmental Protection and Conservation Association (HEPCA), and the Chamber of Diving and Water Sports.

"The collected waste includes plastic, glass, metal, wood, etc.," the ministry said, adding that it was transferred to the sanitary landfill for safe disposal.

"The Live Green initiative focuses on the youth’s role in protecting the environment," the minister of environment explained in her speech at the World Youth Forum in Sharm El-Sheikh on December 12, 2019, adding that the government targets a 50-percent decrease of the solid particle pollution rate by 2030.

According to new studies, the coral reefs of the northern Red Sea could stand against high temperatures of up to 8 °C in the summer, contrasting the global bleaching pattern.

CAIRO - 3 March 2020: A new study conducted by researchers from Al Azhar University, Cairo and University of Essex, UK, discovered five unique kinds of algae that could help the coral reefs in the northern Red Sea to be resilient to climate change and avoid the process of bleaching.