SG appoints a Lebanese head of UN mission in Libya 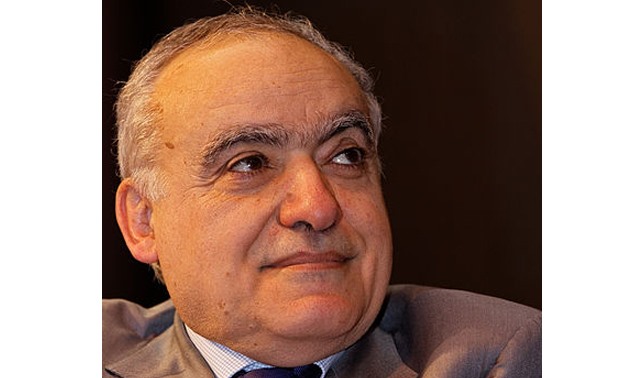 CAIRO – 23 June 2017: The UN Secretary General, Antonio Guterres, announced in a statement on June 22, the appointment of Lebanese Ghassan Salame as the SG special Representative and head of the United Nations (UN) Support Mission in Libya (UNSMIL).

The UNSMIL, works to facilitate a national-led political solution for the conflict in Libya. Salame, will succeed German diplomat Martin Kobler who served as the U.N. representative since November 2015.

The statement reads, “Mr. Salamé brings to his new position over three decades of experience in public service and academia.”

Salame, is a Lebanese scholar who served with former UN secretaries, Kofi Annan and Ban Ki-moon, as their special adviser on the Middle East. He is a former minister of culture.

I thank UNSG @antonioguterres for his decision & UNSC for its unanimous trust. To the people of #Libya:your interests are my top priority.


According to Reuters, in February 2017 the United States ambassador to the UN, Nikki Haley, expressed in a statement the U.S. objection to SG Guterres the selection of former Palestinian Prime Minister Salam Fayyad as the UN new representative to Libya. The United States wields significant influence as one of the five permanent members of the UN Security Council.

The U.S. ambassador said in the statement, "The United States was disappointed to see a letter indicating the intention to appoint the former Palestinian Authority prime minister to lead the UN Mission in Libya.”

"For too long the UN has been unfairly biased in favor of the Palestinian Authority to the detriment of our allies in Israel," she added.