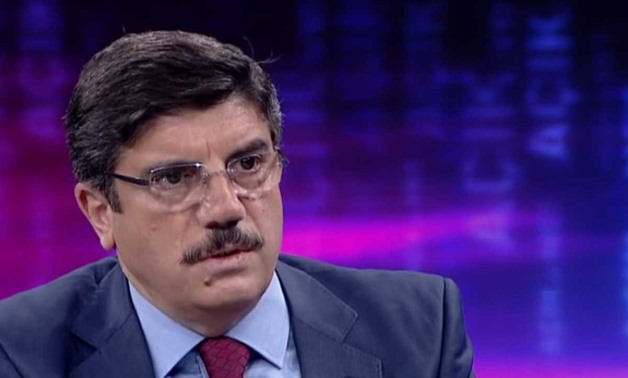 CAIRO – 6 February 2020: President Recep Tayyip Erdoğan's adviser Yasin Aktay has chosen one of the most extreme Muslim Brotherhood figures as the subject of his new book, affirming the clear influence that the terrorist group left within the Turkish Justice and Development Party (AK Parti).

Aktay specifically chose to write and highlight the teachings, quotes and life of bloodthirsty ideologue Sayyid Qutb, whose writings were only soaked with extremism, bloodshed and hatred.

Political science professor Tarek Fahmy told Egypt Today in an interview that Aktay decided to glorify Qutb to stress the extent to which the AK Parti is influenced by the Muslim Brotherhood and its ideology,

Fahmy further added that despite of Aktary’s calls to resolve disagreements between Ankara and Arab countries, he in fact believes in the ideas and figures of the Muslim Brotherhood.

It is pertinent to mention that Aktay invited TV anchor Mohamed Nasser to the signing ceremony of the book, the mater which affirms that Nasser, who spread fake news regarding Egypt and its leadership on MB-affiliated channels broadcasting from Turkey, is more involved with the Turkish regime and the Muslim Brotherhood than announced.

The book, entitled “Sayyid Qutb… amid the hyperbole of his fans and the injustice of his critics” from Aktary’s point of view, celebrates the ideas of Qutb and considers them a world heritage that should be built upon.

CAIRO - 26 January 2019: Egyptian entertainment channel DMC, in cooperation with Egypt Today, has released the first part of a documentary film about Muslim Brotherhood leader, Sayyid Qutb (1906 - 1966). Qutb was a leading member of the Egyptian Muslim Brotherhood in the 1950s and 1960s; he influenced the majority of terrorist groups such as al-Qaeda.