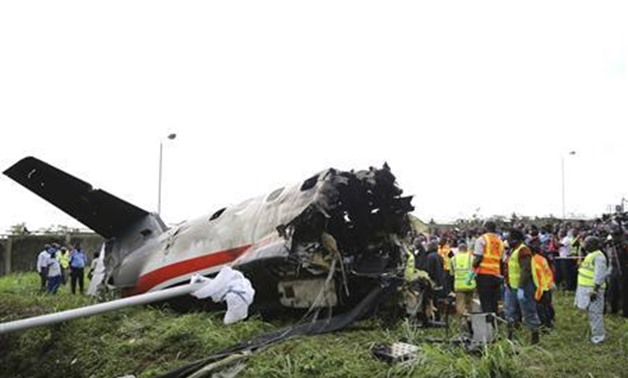 FILE- Rescue workers stand near the tail of a plane at the site of a plane crash near the Lagos international airport October 3, 2013. REUTERS/Akitnunde Akinleye

CAIRO - 4 January 2020: Egypt voiced its sincere condolences to Sudan’s people and government for the loss of victims of a military plane crash near the city of El Geneina in West Darfur, said the Egyptian Foreign Ministry in a statement on Saturday.

Egypt also announced its support for it's Sudanese brothers in this painful incident, the statement added.

All eighteen passengers, including four children, were killed in the plane crash few minutes after taking off from an airport in the city.