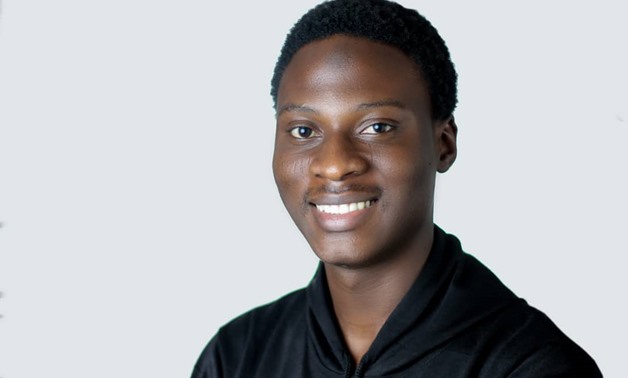 CAIRO – 12 December 2019: Attending the World Youth Forum last year was the first time Nigerian business strategist Rilwan Akeyewaleis ever visited Egypt. He said the event provided an opportunity to connect with great minds, business partners and experts from all over the world.

This year, Akeyewaleis is preparing to participate in the third edition of the forum set to kick off on Dec.14 in Sharm el-Sheikh.

“I am attending the WYF as one of the delegates for the African Presidential Leadership Program (APLP), cohort 3. The WYF 2019 is the official opening program for the cohort 3 APLP,” he said in an interview with Egypt Today.

In 2018, Akeyewaleis was a panelist in the workshop titled "The Role of Entrepreneurs and Startups in Global Economic Growth".

“Egypt has an important role to play in the realization of Africa's Agenda 2063. The country is not only beautiful and peaceful; it is also blessed with beautiful and hospitable people. From my discussion with my Egyptian friends, I also discovered that the country is very easy to do business in,” he commented.

Akeyewaleis believe programs like the WYF have shown the rest of Africa, and indeed the entire world that the leadership of Egypt is a good listener to the voice of the young people. “It also convinces foreign investors that the new Africa, under the leadership of President Abdel-Fatah al-Sisi, is open to, and ready for, investments and partnerships.”

He explained that, this year, he looks forward to more solution-oriented discussions on issues around economy and trade in Africa, bearing in mind the recent updates in the various economic blocks.

Regarding the themes he is interested in during this edition of the forum, he mentioned Industrial Revolution, Artificial Intelligence, Block Chain, Women Empowerment and Startup Lab.

Akeyewaleis is a former KPMG associate, a World Economic Forum contributor on AfCFTA, and a Tony Elumelu Foundation alumnus.

About TechPlan, he said “we help African tech startups make better informed decisions, based on tailored, well-researched data. Our team of vastly-experienced professionals have helped tech and tech-enabled African startups raise over $5,000,000 in the last year.”

He further added that part of their plan at TechPlan Africa is to open an office in Cairo to work with startups in the Egyptian ecosystem.