During the meeting, Assad said in condemnation of a Turkish military incursion into northeastern Syria, “Erdogan has robbed the factories, wheat and oil, and today he is robbing the land.”

“All areas in Syria have the same importance, but what governs the priorities is the military situation on the ground,” Assad added.

“We have always said and we still say that Idleb battle is basic for ending chaos and terrorism in all the Syrian areas,” Assad said.

He added “When we face an aggression or robbery, we should stand by each other and should coordinate between us, but some Syrians haven’t done that, particularly over the first years of the war… We told them not to bet on the outsiders, but on the army, the people and the homeland….Yet they didn’t listen, and currently they are betting on the US.”

Assad said “The first act we have done when the aggression started in the north is to communicate with different political and military forces on the ground, and we said that we are ready to support any group that would resist, and it isn’t a political decision, but a constitutional and national duty, and if we don’t do that, we don’t deserve the homeland.” 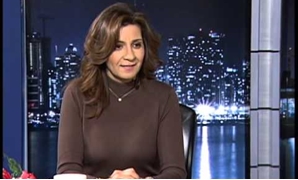