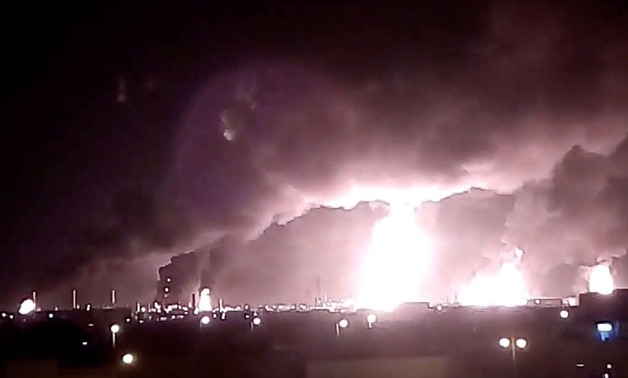 CAIRO – 15 September 2019: Egypt has strongly condemned the terrorist attack that targeted two Aramco plants in Abqaiq province and the Khurais migration in Saudi Arabia by the Houthi militia. A statement by the Egyptian Ministry of Foreign Affairs stressed that Egypt and its people stand in full solidarity with the Kingdom of Saudi Arabia.

The statement further affirmed Egypt’s support in all measures taken to maintain Saudi Arabia’s security and the safety of its citizens and residents on its territory.

The drone attacks, which took place early on Saturday, caused huge fires that were controlled by Saudi firefighters, however, crude oil output was cut to about 50%. Yemeni TV channel al-Masirah said the Houthis had deployed 10 drones against the sites in Abqaiq and Khurais, and the group pledged to widen the range of its attacks on Saudi Arabia.

US Secretary of State Mike Pompeo accused Iran of leading the attack and denounced Tehran for engaging in false diplomacy.

"Tehran is behind nearly 100 attacks on Saudi Arabia while Rouhani and Zarif pretend to engage in diplomacy," Pompeo said in a Twitter post.

"Amid all the calls for de-escalation, Iran has now launched an unprecedented attack on the world's energy supply," Pompeo tweeted.

The Houthi rebels hold Yemen's capital, Sanaa, and other parts of Yemen, since 2015, the terrorist group has committed countless terrorist activities, massacres and crimes. A Saudi-led coalition has been fighting the terrorist group to reinstate the internationally recognized Yemeni government ever since.

Martin Griffiths, the United Nations Special Envoy for Yemen, called the strikes "extremely worrying" and urged "all parties to prevent such further incidents, which pose a serious threat to regional security, complicate the already fragile situation and jeopardize the UN-led political process."