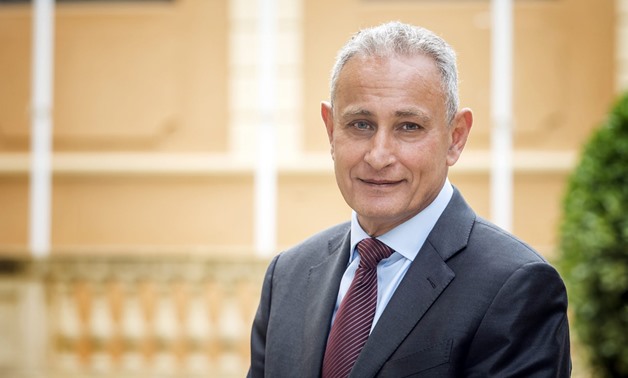 CAIRO – 21 August 2019: Last week, the world celebrated the International Youth Day, shedding light on global efforts to make education more relevant and equitable for all youth as stipulated in the Sustainable Development Goal no. 4.

With youth making half of the population in the south Mediterranean countries, the rate of young unemployed graduates stands above 25 percent.

et interviews UFM Secretary General Nasser Kamel via email, as he explains the challenges facing the youth population in the region, the UFM’s intervention to address those challenges, and how efficient are youth initiatives to solve international crises like climate change.


Could you briefly highlight challenges facing the youth population in the Mediterranean countries?


Currently, half of the population in the south Mediterranean countries is under 25 years old compared to 27.8 percent in the EU, yet common challenges are identified through the region that vary from education mismatch and unemployment, to the socioeconomic impacts of environmental degradation and climate change, among other challenges.

The rate of young unemployed graduates exceeds 25 percent in some Mediterranean countries, to which should be added all those who are underemployed in relation to their level of qualification, as well as those who work in the informal economy.

Contrary to established expectations, obtaining a diploma does not guarantee a smooth transition from education systems to labour markets in our region. Moreover, even though the region is experiencing a higher enrolment rate in higher education - expected to reach 40 percent by 2030 on the southern shore of the Mediterranean- almost one third of employers consider skills shortage to be a major hiring constraint.

How does the UfM plan to address challenges facing Mediterranean youth at this time?

Shared challenges call for collective responses in the context of South-North cooperation. Indeed, youth are at the very heart of all the UfM activities and efforts to streamline and build much needed synergies, aiming to address the multitude of challenges faced by the region.

The Second UfM Regional Forum, held in Barcelona in January 2017 under the theme “Mediterranean in Action: Youth for Stability and Development”, focused on building a shared agenda on youth in the Euro-Mediterranean area across the different sectors of regional priority. Through the adoption of the new UfM Roadmap for Action on this occasion, UfM ministers of foreign affairs agreed to launch a “Positive Agenda for Youth in the Mediterranean,” facilitating higher education, VET, employability, youth empowerment and mobility, and mainstreaming gender equality, thus promoting social inclusiveness.

As such, the UfM has made it a priority to ensure and facilitate the participation of youth in all its meetings, conferences and events. By ensuring whenever possible a systematic representation of young experts, leaders or project beneficiaries; their opinions are voiced and accounted for in charting future actions and shaping the Mediterranean development agenda.

To translate the policy dialogue into results, the UfM has developed several projects with tangible outcomes. Such projects benefit from the political support of the 43 member countries of the UfM, high visibility and the support of the UfM's partnerships. Perhaps one of the most prominent examples of such undertakings to tackle youth challenges is the Mediterranean Initiative for Jobs (MED4Jobs), which focuses on youth, and demonstrates an important indication of UfM keen interest in socioeconomic and human development. The initiative is an ensemble of 13 projects that aim to enhance the employability of young men and women, closing the gap between labor market supply and demand, and fostering a culture of entrepreneurship.

Other projects have also enabled the training of many young entrepreneurs, the development of their contacts and their partnerships through their participation in B2B meetings or "technical tours" and especially their networking at the regional level.


How can youth initiatives contribute to reducing effects of climate change in the Mediterranean region?

Youth engagement is critical to tackling climate change. Without additional mitigation, regional temperature increase will be of 2.2°C in 2040, possibly exceeding 3.8°C in some regions in 2100. We therefore need to build synergies and involve youth and civil society organisations in policymaking in order to tackle the region’s environmental challenges. At the UfM Secretariat, we believe that only through inclusive, collective and concerted efforts can we achieve a healthy and sustainable Euro-Mediterranean region, with ecosystems that are productive and biologically diverse for the good of present and future generations. Having followed and encouraged youth engagement in sustainable development in the region, we can see that they have what it takes to act and to define the contours of what this new sustainable world should be.

In this regard, the UfM supported the creation of the Mediterranean Youth Climate Network (MYCN), a union of seven climate associations led by young people from both shores of the Mediterranean, which offers young people an exchange platform to exchange and face the consequences of climate change in the region. These associations are strongly motivated to take priority actions in raising awareness, managing educational programs and developing learning opportunities for sustainable development in the region. MYCN participates as an observer in the UfM Climate Change Expert Group, alongside government representatives, international financial institutions, private sector actors and international organisations.


What do the governments need to do to help youth to be productive?

The Mediterranean Youth is the region’s most important asset and its major bet for a better future. Challenges that face the youth in the region today are multifaceted, ranging from high youth unemployment to socio-economic exclusion and radicalization. These are problems shared by both shores of the Mediterranean, which entails the need for an orchestrated regional response to these challenges that present root causes for other phenomena like migration, violence and extremism.

At a regional level, the UfM Mediterranean Initiative for Jobs (Med4Jobs), which started as a flagship initiative targeting women and youth in the framework of the labour market, has eventually been consolidated into a fully-fledged pipeline of regional projects that aim at creating jobs, improving skills and employability prospects for youth and women, and promoting start-ups and MSMEs. By tackling all three sides of the labour market (demand, supply and matching), it presents a solid answer to the employment challenge in the region, with over ten projects benefiting the Euro-Mediterranean youth.

To fully unleash the entire potential of youth to be productive, we need to create a conducive environment where the education-research-employment nexus is emphasized, and where an entrepreneurial culture is cultivated and fitted to the context of the Fourth Industrial Revolution and the new disruptive technologies that it brought along. The future of work is one where university graduates shift from being conventional job seekers to being job creators, and where innovation and creativity are prerequisites for competitiveness in the regional arena.


How does the UFM work to provide safe spaces for youth in the Mediterranean region, and what progress has been achieved so far?

The recent ministerial meetings have marked a key regional effort in calling, not only for coordinated efforts and more effective policy reforms, but also for integrated approaches that emphasise youth employability, their socio-economic empowerment, the promotion of social dialogue, as well as skills and job matching. Such efforts have always been undertaken with a mind-set that perceives regional cooperation, not as a matter of choice, but as a matter of necessity and undeniable mutual benefit. This understanding has always guided the operational – and moral – compass of the UfM Secretariat as it acted upon its mandate. In terms of concrete projects, MedNC and HOMERe are among the specific initiatives supported under this strategy:

The HOMERe project (High Opportunity in the Mediterranean for the Recruitment of Executives of Excellence) encourages mobility through vocational training at the end of studies in the Mediterranean countries. It targets students in their final year of study before graduation, in order to enable them to acquire the intercultural openness and transversal skills sought in the labor market. The aim is to facilitate their access to a first job corresponding to their qualifications in their own country. More than 500 young people have already benefited and the current results show a positive impact: nearly 70 percent are employed in their country of origin after completing their internship.

On the other hand, the "Mediterranean New Chance Network" is another flagship initiative endorsed by the UfM Member States, and that was presented at the preparatory forums for the recent summit of the two shores. Inspired by the French model of second chance schools, this regional project addresses the challenge of the socio-professional integration of young people far not included in education, training and employment ("NEETs") by bringing together the actors of the Euro-Mediterranean region who locally develop schemes to respond to the challenges of unemployment and the socio-professional integration of young people. The project has benefited to-date more than 26,000 young people in the region and is currently implemented in Algeria, Egypt, France, Lebanon, Morocco, Portugal, Spain and Tunisia. The UfM will continue to promote its extension to the entire region.