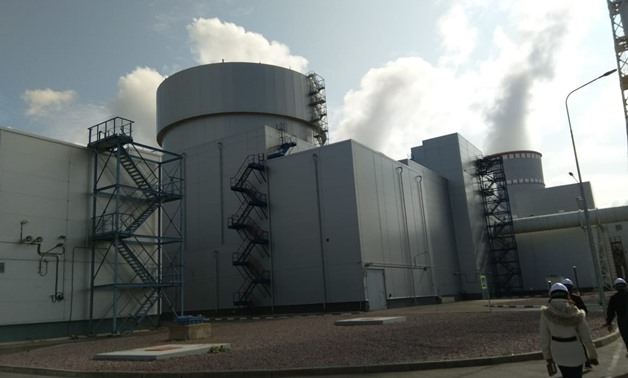 By: Egypt Today staff
CAIRO - 18 August 2019: Dabaa Nuclear Power Plant to be constructed by Rosatom in Egypt is planned to be similar to Russia’s Leningrad Nuclear Power Plant having an installed capacity of 4,200 MWe and supplying 50 percent of the energy consumed in Saint Petersburg and the Leningrad Region.

Egypt Today took a tour in the plant consisting of three RBMK-1000 reactors and a third-generation VVER-1200 reactor, which was introduced in full capacity in March 2018. A similar reactor is being constructed in Egypt at present within the Dabaa Nuclear Power Plant project.

The third-generation VVER-1200 reactor is characterized by a unique mix of active (external) and passive (internal) safety systems. Head of the Information and Public Relations Department of the Second Leningrad Nuclear Power Plant Construction Directorate Nikolai Kashin said that the reactor had been tested dozens of times without any problems arising.

The third-generation VVER-1200 reactor generates 28 million kWh, and is covered with concrete whose thickness is 120 cm and weight is 350 tons. A similar reactor will be introduced in the Leningrad plant 2021. Kashin asserted that the reactor includes all the safety measures that make the re-occurrence of a disaster like Fukushima accident - caused by a tsunami - a zero possibility.

Kashin explained that the reactor contains five diesel-powered generators that supply energy to the equipment in case of accidents. The reactors are built upon a concrete base that is earthquake resistant and designed to sustain climate and weather changes as they cannot be affected by rain, wind, or tornados.

The size of the reactor is equivalent to a five-storey building. The external side of the dome is made of two concrete insulating layers whose thickness is one meter to inhibit any leakage. The reactors currently built by Russia can sustain a crash by Boeing 707.

For the nuclear fuel, the official said it is supplied once per annum to the plant by Rosatom and stored in specific temperatures. The official affirmed that the nuclear fuel to supplied to Dabaa Nuclear Power Plant will have the same standards as the one used in Leningrad.

The central control room is located in the seventh floor of a building next to the reactor. It is run by five highly-trained engineers and a chief in each shift. The number of daily shifts is three.

The requirements to work in the central control room are an accredited degree, a professional experience of 3 to 5 years, and physical fitness as candidates go through tests similar to those designed for pilots.

The central control room is full of screens that show the performance levels of the reactor, the degrees of ventilation, the consumption rates of the nuclear fuel, the phases of electricity production and the amount of energy generated minute by minute.

Another official pointed out that nuclear plants currently do not need large numbers of workers, technicians or engineers due to the high efficiency rates of automation. The official affirmed that the Dabaa reactor has the same design as the one in Leningrad expressing eagerness to train the Egyptian side on the use of all modern safety measures pertinent to nuclear plants.

The chief of the training center explains that 90 engineers had been trained starting January 2017 before the reactor entered into service. The training persists as each engineer receives training for a week every three months to be up to date with the most recent technology in the sector and safety measures set by the International Atomic Energy Agency (IAEA).

Kashan stated that the construction of the Dabaa Nuclear Power Plant requires the services of 60,000 workers, technicians, and engineers in different fields including transportation, concrete manufacturing, others needed to establish the central control room.

The role of the main turbine is transferring the energy generated by the reactor into electricity after going through four processes. The turbine is fixed on concrete slabs which along with other techniques prohibit its vibration or leaning. The stability of the turbine can be tested by putting a coin vertically on its base and it will not fall.

There are two huge ventilation towers that house enormous pipes and emit large quantities of steam. All concerned state agencies take part in providing security for the plant.

The radiation monitoring center at Sosnovy Bor consists of 21 units that assume the mission of the center. Four of those have been upgraded while the rest are still in the process. The data indicated by all units are used to build a comprehensive image of the status of radiation in the nuclear plant’s surrounding environment. Residents of the town are subjected to medical tests annually to ensure their health is not negatively affected. 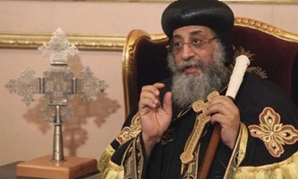 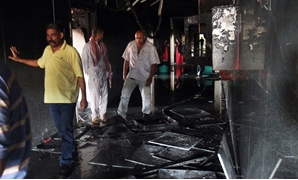