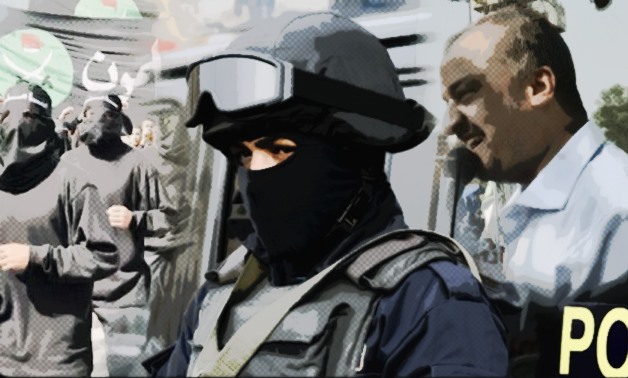 CAIRO – 14 August 2019: Today marks the 6th anniversary of the dispersal of the Rabaa Al-Adawiya and Al-Nahda sit-ins by the outlawed Muslim Brotherhood and their supporters, which was identified by security experts as one of the biggest threats to the national security of Egypt and the Arab region.

The two sites had been occupied by supporters of ousted Muslim Brotherhood pawn Mohamed Morsi, who had been removed from office by a popular revolution that demanded the toppling of Morsi and the terrorist group.

Authorities delayed clearing the two protest camps as internal and external reconciliation process was established to resolve the crisis peacefully.

But even before this, as calls for early presidential elections started in April 2013, some Muslim Brotherhood supporters have resorted to intimidation and violence against Morsi’s detractors.

Observers have constantly despised how foreign media dealt with the issue, and how one-sided coverages aimed at hiding the truth that a group of terrorists and their sympathizers and supporters were threatening the security of a country with such significant stature like Egypt.

While Western media seems to ignore the issue, there have been alarming incidents of violence within the vicinity of the pro-Muslim Brotherhood sit-ins, as well as continued attacks in Sinai and throughout Egypt’s governorates that growing evidence is linking to the Brotherhood.

Egypt Today took a glimpse at the book of history to shed the light on how this group of terrorists and extremists posed a danger to the country and were threatening the lives of security forces as well as civilians.

In the following interview, senior Muslim Brotherhood leader Mohamed al Beltagy vows that all the terrorist operations in Sinai will only stop when Morsi gets instated once again.


On June 28, in anticipation of the June 30 protests called for by Tamarod, Brotherhood supporters were seen wielding and firing guns on Alexandria’s streets.

There were even semi-paramilitary activities taking place inside the Muslim Brotherhood camps in Rabaa, but you will never see this published by Western or funded media outlets; Marches of Brotherhood supporters holding sticks and chanting Islamist slogans have been organized and routinely carried out throughout Cairo.

On a number of occasions, security forces intercepted arms being transported by Brotherhood members and their supporters across the country. One such interception, dating from July 1, shows several shotguns, at least one rifle, and what appear to be a number of makeshift handguns taken from a van believed to belong to Brotherhood supporters.


Safwat Hegazy, a notoriously aggressive cleric and Muslim Brotherhood leader, was also captured while threatening that whoever even “sprays water” at Mohamed Morsi, “We will spray him with blood!”

Hegazi also threatened Egyptians and challenged President Abdel Fatah el-Sisi to clear the sit-in, adding that such a move would be done “on our dead bodies” and that “we are ready to be martyred in the thousands.”


Moreover, terrorist Tarek al-Zumar, a leader of al-Jama'a al-Islamiyya and the Muslim Brotherhood, delivered a speech in which he vowed that the group will “crush” opposition on June 30, describing it as the “final blow.”

Assem Abdel-Maged, a leading Gama'a Islamiya activist and Muslim Brotherhood leader who fled Egypt after the removal of Morsi, also was captured while shouting “No retreat, no surrender, until Islam rules,” as if Egypt was a Buddhist state, and threatening that “the fools (meaning opposition) got their necks under the guillotine, and it is time to behead them!” He also described people at the sit-ins as followers of the Prophet Muhammad (PBUH), and not the Muslim Brotherhood.

July 26 witnessed the killing of at least ten civilians, including hawkers and a Christian, as they were suspected to be anti-Morsi protesters, as well as the torture and interrogation of other civilians inside a mosque in Alexandria.


In the video, they are accused of being “infidels” and questioned over whether they are “Christian.” Later that night in Cairo, reports emerged that security forces attacked Brotherhood protesters outside the Rabaa sit-in, intensifying this violence up to eighty dead.


Footage of the security forces’ intervention, provided by the Ministry of Interior, showed supporters and members of the Muslim Brotherhood wielding guns and hurling fire bombs in retaliation.


Moreover, suffice it to say that further proof of the threat the terrorist group posed was an announcement on July 29 from the main stage of another pro-Morsi sit-in at Nahda Square that elements of al-Qa`ida and the Salafi Jihadists had joined the protest.

The horror even reached the limit of organizing a disturbing march by children as young as four years marched in the Rabaa sit-in carrying funeral shrouds and bearing signs declaring their willingness to seek “martyrdom.”

The aforementioned was nothing but a glimpse at a series of threats and violence committed by the outlawed group and its supporters, the same group that brought famine and destruction to neighboring Arab countries through a devious scheme to let terrorism and extremism prevail all over the world. While western media and Muslim Brotherhood-affiliated outlets are still defaming the sacrifice and courage of the Egyptian army in defending its land and civilians by only writing one-sided stories by a group of people who only wanted chaos and ruination to ravish through a country that has more than 7000 years of history, culture and civilization.