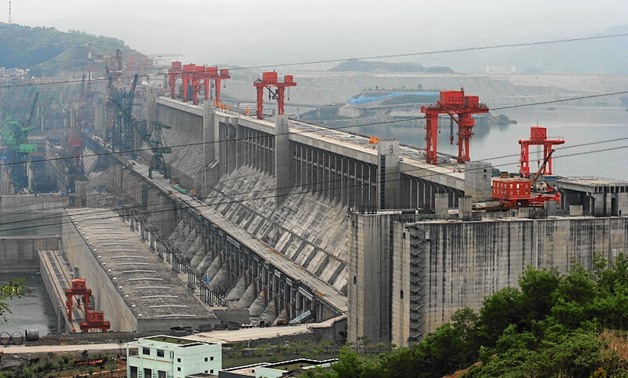 CAIRO – 2 August 2019: Egypt and Ethiopia held a meeting on the under-construction Grand Ethiopian Renaissance Dam (GERD) on the Blue Nile that feeds 80 percent of the Nile’s water to downstream states (Egypt and Sudan), according to a statement from the Egyptian Ministry of Water Resources and Irrigation on Friday.

During the meeting between Egyptian Minister of Water Resources and Irrigation held discussion with Ethiopian Minister of Water, Irrigation and Electricity Frehiwot Woldehanna, Egypt discussed its vision on the filling process of the GERD reservoir, especially after Egypt has announced that its annual share of the Nile water decreased by 5 billion cubic meters in 2019. The meeting was also held in preparation for a six-party meeting among Foreign and Water and Irrigation Ministers of Egypt, Ethiopia, and Sudan.

Egypt’s concern over its share was escalated after Ethiopia started building the Dam on the Blue Nile in May 2011. However, a series of tripartite talks between the two countries along with Sudan has begun in 2014. One year later, the three countries reached an agreement, per which the downstream countries should not be affected by the construction of the dam.

The remaining problematic point between Egypt and Ethiopia is a technical one related to the period of filling the dam’s reservoir with water. Ethiopia has asked for 5-6 years to fill the reservoir, while Egypt has asked Ethiopia to abide by the Nile water quantity flow in filling the reservoir to “avoid any significant damage on the downstream countries,” former head of the Central Department for Technical Cooperation at the Nile Sector of the Ministry of Water Resources and Irrigation Mamdouh Mohamed Hassan told Egypt today in previous remarks.

Both President Abdel Fatah al-Sisi and Ethiopian Prime Minister Abiy Ahmed affirmed their keenness to resume the negotiations between Ethiopia, Egypt and Sudan.