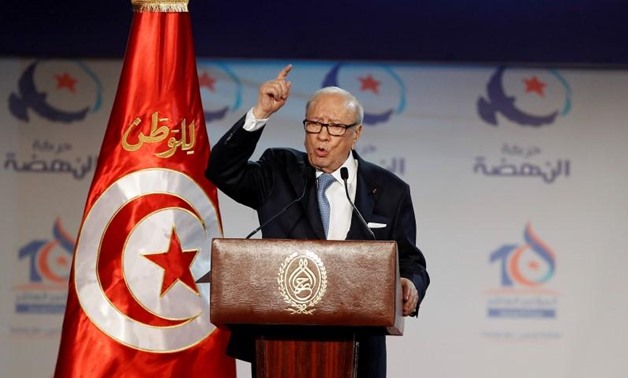 FILE- Tunisian President Beji Caid Essebsi speaks during the congress of the Ennahda Movement in Tunis, Tunisia May 20, 2016. REUTERS/Zoubeir Souissi

TUNIS - 28 June 2019: The health condition of Tunisian President Beji Caid Essebsi has largely improved and will soon be discharged from hospital to resume his activities, Tunisian president's spokesperson Saida Garrach said on Friday.

In statements on Friday, Garrach said the president of the state is in good health and can speak.

The Tunisian presidency said in a statement Thursday that President Essebsi, 92, was taken to a military hospital after suffering a severe health crisis.