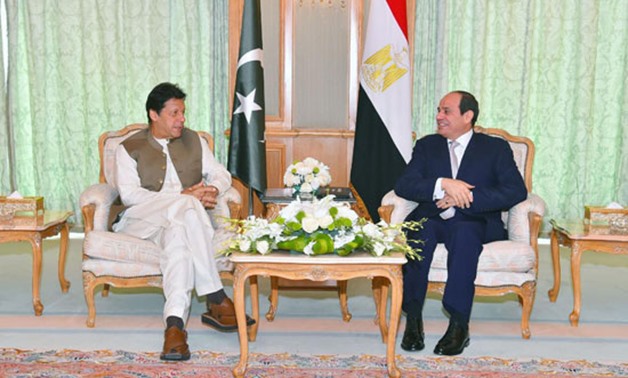 MECCA - 31 May 2019: Egyptian President Abdel Fattah El Sisi received on Friday with the Pakistani Prime Minister Imran Khan at his residence in Mecca.

The two leaders exchanged views on the whole range of bilateral, regional and international matters.

Both leaders agreed to comprehensively upgrade cooperation in all fields. They also agreed to increase the frequency of bilateral political contacts and exchanges.

Meanwhile, the Pakistani premier emphasized the strength of Islamabad’s relations with Cairo, lauding the achievements witnessed in Egypt over the past stage in all fields, particularly with regard to confronting terrorism, economic reform and the ongoing mega national projects.

Pakistan counts on this role to achieve security and stability in the Middle East and the Muslim world in general, he added.

MENA contributed to the report