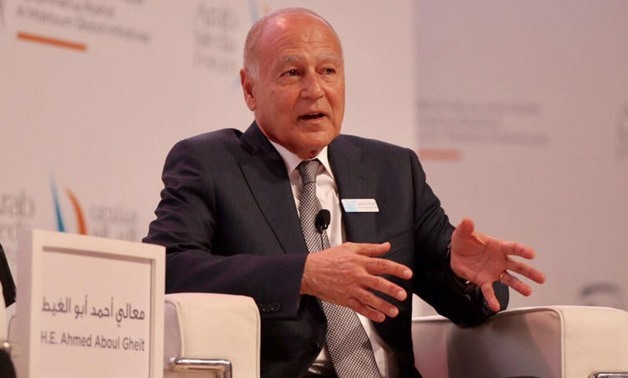 By: MENA
CAIRO, March 19 (MENA) - Arab League Secretary General Ahmed Abul Gheit will hold talks with King Felipe VI, during his visit to Spain which starts on Tuesday, on Arab-Spanish relations and a number of other issues of mutual concern.

The Arab League chief left for Madrid upon an invitation from the Spanish government, According to a statement issued by Arab League Secretary General Spokesman Mahmoud Afifi.

The visit will include important meetings with senior Spanish officials for talks on Arab-Spanish ties, taking into account that Spain is one of the key states in the European Union and an active one on the international relations arena, the statement reported.

Talks between Abul Gheit and the Spain's monarch are expected to tackle the latest regional and international developments particularly in the Middle East besides means of enhancing economic, trade and investment relations between the two sides in the coming period, he pointed out.