Attack on child by 2 domestic dogs in Cairo triggers anger 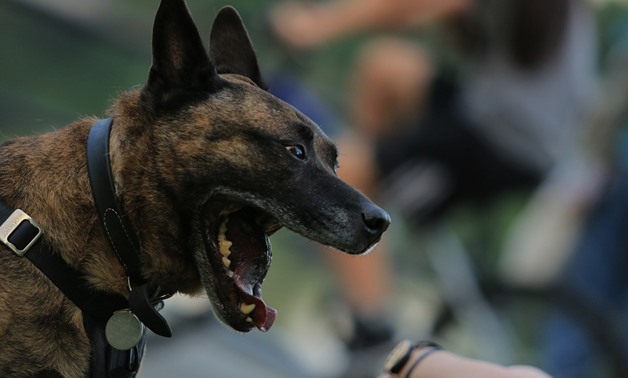 CAIRO - 26 February 2019: Due to the increasing number of reported dog attacks, a number of advocates of animal rights have called for regulating the import and selling of foreign dog breeds, besides earlier calls to avoid killing stray dogs to decrease their growing number.

Following the incident, Attorney General Nabil Sadek ordered seizing the two dogs before they were placed in quarantine.

In an interview with Egypt Today, Dina Zoul Faqar, advocate of animal rights, said the General Organization for Veterinary Services' official website wrote that the organization has licensed 30,000 dogs, while Egypt has over 6 million dogs of foreign breeds.

She added that measures are taken only against stray dogs in the Egyptian streets every time children are bitten. However, domestic dogs really need to be regulated. Zoul Faqar said dogs also have to be leashed and muzzled.

Mostafa Fayez, member of Veterinaries Syndicate's board, on the other hand, warned against stray dogs, saying that they have not been trained or given required vaccination. He added that stray dogs in Egypt amount to around 15 million dogs, explaining that suggested ways to decrease their number anger animal rights advocates.

A report by Egypt's General Organization for Veterinary Services revealed that a total of 1.392 million people have been bitten by stray dogs from 2014 to 2017.

Last year, Hamed Abdel Dayem, spokesman of the Ministry of Agriculture, highlighted the efforts of the ministry, in coordination with the General Organization for Veterinary Services, to rid citizens of stray dogs based on the complaints submitted by people.

He said in an interview with DMC that the ministry moves to kill dogs, only upon receiving complaints from citizens.

Abdel Dayem asserted that the ministry obtained a fatwa (Islamic opinion) from Al-Azhar, allowing killing stray dogs that intimidate citizens, whether through barking or biting.

For her part, animal rights activist Mona Khalil commented on Azhar's fatwa, saying it is unfair to kill all stray dogs assuming that all dogs in the streets are dangerous.

Khalil added that ministries and concerned authorities have been called on since 2000 to remove garbage in the streets, which causes the spread of dogs.

MP Mohamed Abu Hamed said that poisoning dogs in Egypt or shooting them is unconstitutional, adding that article 45 of the constitution stipulates that the state is committed to keeping animal welfare.

In an interview with DMC in October, Abu Hamed said that animal welfare is a constitutional entitlement and is not optional, adding that a Harvard University researcher designated Egypt as one of the few countries that respect animal rights.

Mohamed Salmawi, the spokesman of the constitutional committee formed in 2013 to amend the Egyptian constitution, said that one of the university's researchers stated that Egypt and other few states, including Australia, Germany and India, have preserved animals rights in their constitutions.