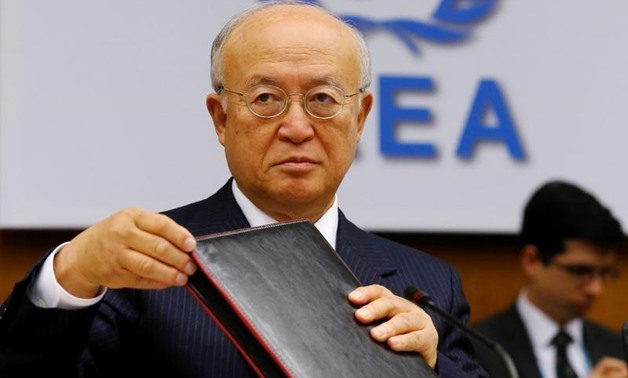 During his meeting with Egyptian Foreign Minister's Deputy Hamdi Loza, Amano expressed his pleasure to visit the North African country for the third time since taking post in 2009, adding that Egypt is one of the candidate countries to host the Conference on Nuclear Energy, which is set to be held in 2021.

For his part,Loza stressed Egypt's full commitment to the nuclear safety and security standards for all the nuclear power stations which the country plans to establish. He called on the IAEA to support efforts to rid the Middle East of nuclear weapons.

Loza stressed Egypt's interest in supporting and developing technical cooperation programs in light of the states' rights to benefit from the peaceful applications of nuclear energy. The Foreign Ministry said in a press statement on Tuesday that the meeting dealt with various areas of cooperation between Egypt and the International Atomic Energy Agency (IAEA), especially with regard to Egypt's construction of nuclear power plants to generate electricity and meet Egypt's growing electricity needs.