A view of streets in Kafr el-Sheikh - Wikimedia commons

By: Egypt Today staff
CAIRO - 12 January 2019: Traffic Navigation has been stopped for 15 days for the snowfall at the fishing port of Borlos in Kafr El Sheikh and Mediterranean Sea.

High waves of the Mediterranean Sea docked over 400 fishing boats at Borlos port.

The wind speed was more than 40 knots per hour, the village witnessed the first snowfall in decades and streets of the village turned white, Nassar added.

He stressed that the fishermen halted their trips for five days.

Cold and windy weather is expected to continue in Egypt until Tuesday, with a possibility of frost in some areas.

Decreased visibility is expected on roads due to stormy winds, and turbulent navigation will hit the Red and Mediterranean seas. Rain is also expected in the country’s Delta and possibly Cairo.

Temperatures nationwide will range between highs of 14 to 16 degrees and lows of 6 to 8 degrees Celsius. 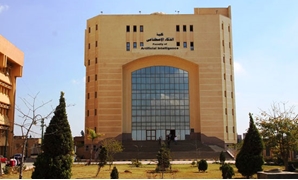