Cairo's US Embassy to close Dec. 24, 25 after Trump's declaration 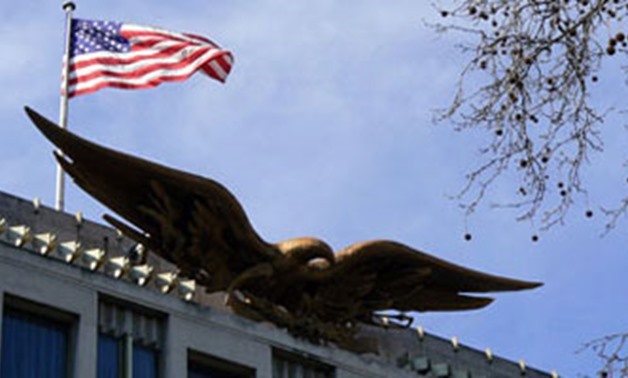 CAIRO – 23 December 2018: US Embassy in Egypt and the American Center in Cairo will be closed on Monday, Dec. 24 and Tuesday, Dec. 25, as part of US President Donald Trump's declaration of the Federal Government closed on Monday.

President Trump signed an Executive Order declaring the Federal Government closed on December 24, 2018. Therefore, the embassy, including the American Center in Cairo (ACC) and our consular offices, will be closed Monday, December 24 and Tuesday, December 25. The Embassy will reopen on Wednesday, December 26, 2018, the embassy said on its website.

On Wednesday, Trump issued an executive order excusing all federal employees from work next Monday, although it is not a regularly scheduled holiday. This declaration coincides with a looming partial shutdown of government that may start on Friday.

The US government began a Christmas shutdown early Saturday, after Congress adjourned without passing a federal spending bill or addressing Trump's demand for money to build a border wall.

Operations for several key agencies ceased at 12:01 am Saturday (5:01 GMT), despite last-ditch talks that continued on Capitol Hill between White House officials and congressional leaders in both parties.

Trump has dug in on his demand for $5 billion for construction of a wall on the US border with Mexico. Democrats are staunchly opposed, and the absence of an elusive deal means federal funds for dozens of agencies lapsed when the clock struck midnight on Friday.

The shutdown is the third this year and it remained unclear how long it would last. Trump expressed hope late Friday night that it "will not last long," after earlier saying he was ready for just that.

The optics are bad, as 800,000 federal employees will be either furloughed or forced to work without pay in the run-up to the Christmas holiday.