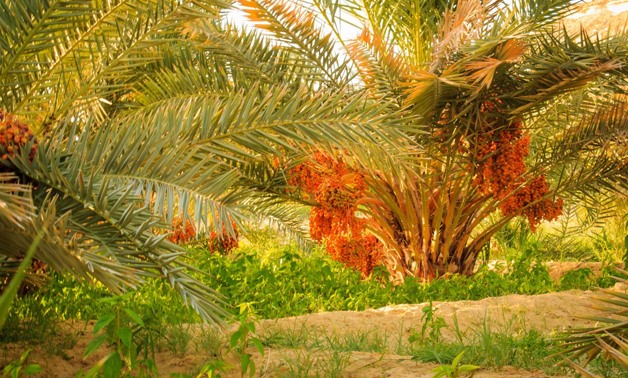 CAIRO – 22 December 2018: President Abdel Fattah al-Sisi said on Saturday that Egypt is currently working on the biggest date plantation that will include around 2,500 million palm trees to produce top quality dates.

Sisi’s remarks came on the sideline of the inauguration of the National Greenhouses Project in the 10th of Ramadan city.

Presidential spokesperson Bassam Rady clarified that the national project to build 100,000 greenhouses will allow off-season crops production, furthermore, the project will provide many job opportunities, enhance the quality of the exported products, in addition to increasing food production and a set of industries.

Former Minister of Industry and Foreign Trade Tarek Kabil in April said Egypt’s exports of dates increased 70 percent in the first quarter (Q1) of 2018, reaching 30,000 tons at a value of $29.4 million.

The minister stated that the his ministry is giving due concern to the dates industry as it is considered one of the promising sectors to achieve economic growth, boost exports and create new jobs.