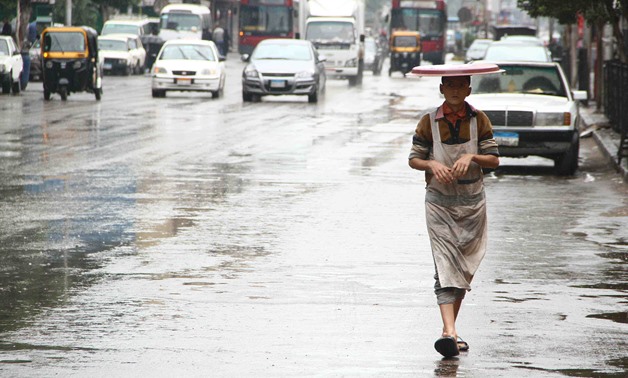 CAIRO - 4 December 2018: Weather experts said cold weather will prevail across Egypt on Wednesday, Dec. 5, expecting heavy rains to fall on Cairo and the northern coasts.
Stormy winds are also expected to be witnessed in different parts of the Mediterranean Sea, causing navigational turbulence.

According to forecasters, temperatures will be as follows:

The government has announced it is preparing for the upcoming winter season, heightening necessary measures to combat expected floods and prevent any relevant problems of accumulated rainwater in the streets.

Member of Parliament Mohamed Abo Hamed warned against the repetition of the Fifth Settlement's 2017 disaster, affirming the necessity of taking the necessary measures in the cities where floods are expected.

The Ministry of Water Resources and Irrigation has worked on finishing the preparations for winter rains and downpours by carrying out a plan to check the pumping stations, clear canals, water banks and storm drains.

Mohamed Abdel Aati, an official in the ministry, said in October that the preparation plan included maintenance of all pumping stations nationwide to be ready for sudden rains.

The ministry installed more than 25 emergency units in West Delta near the critical areas to avoid the recurrence of the 2015 floods.