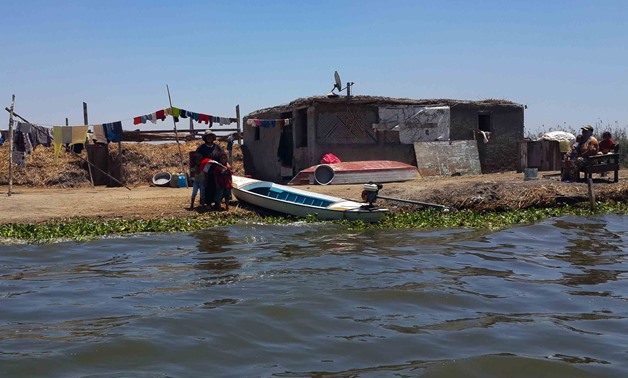 CAIRO - 13 October 2018: In mitigation, Egypt will build the largest sewage water treatment plant to face water shortage that could affect around 0.5 million people in Sinai.

The plant, which will treat sewage and agricultural wastewater of the longest drain (Bahr al-Baqar 1 drain), will be inaugurated after two years in the east of Suez Canal, said Minister of Water resources and Irrigation Mohamed Abdel-Atti in a round-table held with Egypt Today in July.

The 106-kilometer drain of Bahr al-Baqar starts from Dakahlia governorate to Sharqia, Ismailia to the last governorate of Port Said; the longest part locates in Sharqia governorate. The drain was established in 1914 for only agricultural wastewater and was named Bahr al Baqar (means in English as the Sea of the Cow due to an accident when a herd of cows drown in it.)

In the 1970s, the Egyptian government decided to change the drain to receive all kinds of wastewater (industrial and sewage), causing it as “a source of pollution,” according to a 2015 study conducted by environmentalist Mamdouh Salem Seraj on the drain’s negative impacts on human health and Lake Manzala in the period between 1914 and 2014.

“The drain is currently imposing a threat as it contains organic substances, fertilizers, and insecticides that have vivid impact on the maritime environment, causing eco-imbalance,” the study said. So, the arable lands became be irrigated by contaminated water, affecting the soils and people’s lives.

The following interactive map shows the length of the drain passing through the four governorates.

“The treatment will be conducted in accordance with the advanced standards to be safe for usage,” Ragab Abdel-Azeem, first deputy minister at the Ministry of the Water Resources, told Egypt Today. The production of treated water will base on the quantity of water inside the drainage, he added, noting that the treated water will be used for irrigating 400,000 feddans (one feddan equals about 1.038 acres).

General Assem Abdullah Shukr, the head of Water Administration at the Armed Forces Engineering Authority (AFEA)- tasked to establish the plant- said that the plant will produce 5 million cubic meters per day to cultivate 250,000 feddans.

“The wastewater that comes from the west of suez canal will go through a siphon to the plant in the east of canal,” he said while discussing the authority's projects during the inauguration of the industrial zone in Beni Suef (Upper Egypt) by President Abdel Fatah al-Sisi on January 21, 2018. He added that the plant will operate by the tertiary treatment system.

"Wastewater goes into Lake Manzala [at Port Said governorate], which contains agricultural, human and factory wastes, causing people to complain from the water. So the wastewater course was directed to another course for the agriculture usage,” Shukr said.

Another drainage water plant will be established in Mahmasa city of Ismailia governorate to produce a million cubic meter of water to irrigate 50,000 feddans in Sinai in order to create urban communities, he added.

Egypt Today contacted the AFEA to get more information on the cost of the project, the current amount of wastewater at the drain, and the quantity of treated drinkable water. However, no responses have been received until the publication of the story.

“The plant produces 60 percent of electricity needed for its operation,” he said.

The first phase of the plant was established in 1995 by the state-owned Arab Contractors Co. Meanwhile, the second phase was inaugurated by President Sisi in January 2018.The plant serves 2.5 million people.