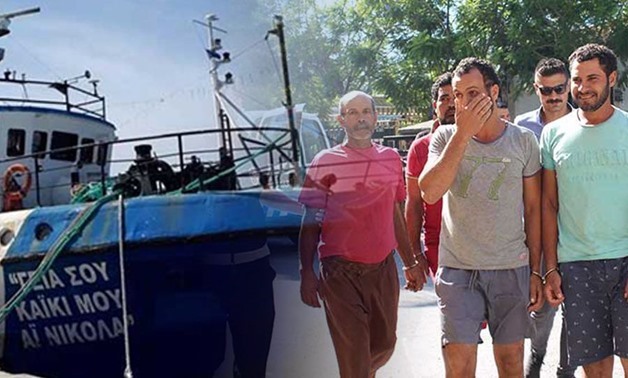 Khali was keen to receive the fishermen once they had arrived to Cyprus’s Limassol port with the policemen, Abu Zeid added.

She stressed that the fishermen arrived in good health, hailing the efforts the embassy exerted to release them since the moment they were detained, and the full cooperation shown by the Cypriot side.

According to the Cyprus News Agency (CNA), citing Turkish Cypriot reports, a Kyrenia judge imposed a fine of 3,500 lira (€500) on the five fishermen who faced charges of illegal entry and unlicensed fishing.

The Egyptian Embassy in Nicosia has been in continuous contact with the Cypriot foreign ministry which was directly monitoring the case with the other side.

The five-member crew of a Greek Cypriot fishing vessel was arrested last Friday while fishing some seven nautical miles off Kormakitis. The boat, owned by the Greek Cypriot company Ta Psarokaika, was stopped in an area between Akamas and Kormakitis. Both the crew and the fishing boat were taken to Kyrenia.

The crew of the vessel were then arrested and the boat was towed to a harbor in the island’s breakaway Turkish Cypriot north.