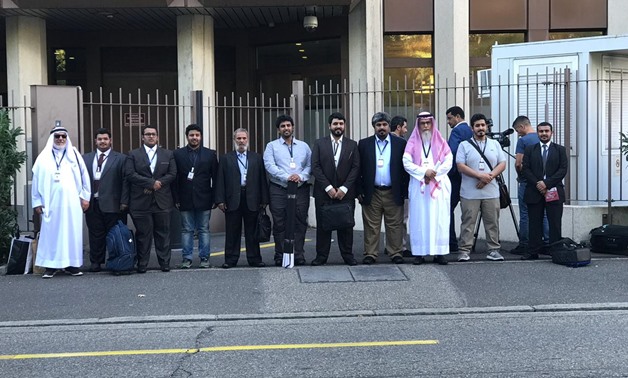 GENEVA – 17 September 2018: A delegation representing Al-Ghufran tribe, one of the biggest tribes in Qatar, which has been subject to systemic discrimination at the hands of the Qatari authorities, handed a letter to the Office of the UN High Commissioner for Human Rights, former Chilean President Michelle Bachelet, discussing their deteriorating situation.