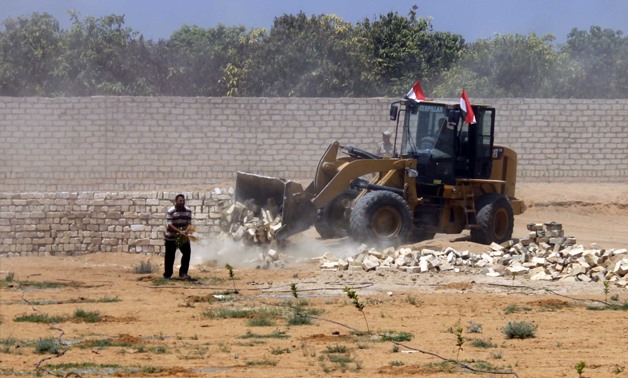 CAIRO – 22 May 2017: The government reclaimed on Monday 2,000 faddens of the state property located in 6 October city amid the state’s campaign against the squatters.

Security Campaign includes five cases are on the territory of state property, all reached an area of 62,180 square meters in New Cairo City, Badr City in Cairo Governorate and seven villas and a wall 300 meters long.

This came in line with the directives of President Abdel Fatah al-Sisi to the police and the army forces to investigate adverse possession of land and reclaim the illegally acquired state lands during the Youth Conference in Ismailia on April 27.

The North Cairo Court ordered the Ministry of Finance to pay L.E 3.736 million ($206 thousand) for the artist Hussein Fahmy and his brothers to take over 99 faddens in Fayoum Governorate without adequate compensation for expropriation of such land.