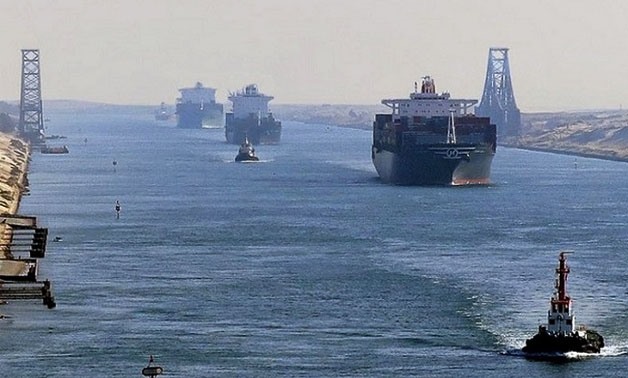 CAIRO – 11 May 2017: The allegations accusing Suez Canal workers of receiving bribes to allow the crossing of a Kuwaiti vessel through the canal are completely void, Suez Canal Authority confirmed in an official statement on Wednesday.

The shipping agent confirmed the falsehood of the rumors and affirmed that the vessel crossed the canal safely and did not have any complaints, the statement read, quoting an official letter from Unimas Shipping Agency.

“The Suez Canal Authority will take legal actions against everyone who spreads false and misleading news about the canal to prevent the recurrence of such incident,” the statement read.

Earlier this week, pilot Amin Wahb, who was onboard of the Kuwaiti vessel, wrote a Facebook post, in which he said that an Egyptian port guide claimed six cigarettes packets from his vessel’s captain, threatening to block or confiscate the vessel crossing through the Suez Canal.

“The canal is known internationally as the ‘Marlboro Canal’”, the pilot said, adding that vessels crossing the canal could risk a fine up to $20,000 if they do not abide by the demands of some canal workers.

In response to these claims, the Canal Authority communicated with Wahb’s company, which denied the whole incident and the accusations.

“We did not receive any complaints from the Kuwaiti vessel “Wafrah” that crossed the canal on May 7,” Managing Partner at Unimas Shipping Agency Hussam Mazen said in an official letter.

Mazen further praised the efforts of the Canal Authority, under the leadership of Vice Admiral Mohab Mamish.

“The Marlboro Canal” claims have been going on for years. In a book published in 2013, British journalist and author Rose George wrote, “Suez is known as the Marlboro Canal because for smooth passage, every ship’s captain has to have a ready stock of Marlboro’s to dispense … the port captain takes four to share. The shipping agent takes a few. The electrician gets four packets; the boat crew gets six.”

A Facebook page, identifying itself as “a community page about merchant mariners” posted a photo of a swag cupboard in 2016, claiming it was taken at the Suez Canal Bridge.

According to the Suez Canal Authority, “in case any violations occur during the crossing of the vessel, the captain or the shipping agent file an official complaint … the authority then takes the necessary measures to investigate the incident.”

However, such claims of bribery are widespread across several waterway passages worldwide.

According to a French documentary released in March, marine merchants and mechanics are complaining from the same phenomenon in several ports in Lebanon, Saudi Arabia, UAE, and more broadly in Africa, Asia and the Middle East.

Alexandra Addison Wrage, president and CEO of TRACE, an international anti-bribery business association, stated that in the shipping industry “these [facilitating payments] can run up to tens of thousands of dollars.”

“If your ship is marked as willing to pay, the recipients of the bribes will create more and more obstacles that you have to pay your way pass,” Wrage said.