By: MENA
CAIRO – 19 April 2018: The government has announced that it will be seeking the issuance of a presidential decree to place El Warraq Island under the supervision of the New Urban Communities Authority (NUCA).

The announcement was made after a Cabinet meeting convened on Wednesday under Prime Minister Sherif Ismail, during which plans to develop the Nile island were mulled.

The development project of the impoverished area falls within the framework of the state plan to eradicate squatter settlements and improve citizens' quality of life.

The plan will be implemented in cooperation with the the Armed Forces Engineering Authority.

The island is a teardrop-shaped verdant sprawl of fields. It connects to the rest of the capital by ferries, transporting residents to the nearby districts of Warraq and Shobra al Kheima on the banks of the Nile River. 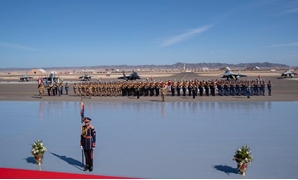