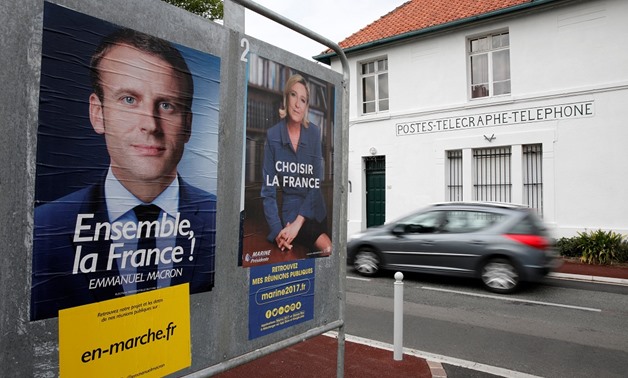 Posters of the candidates for the 2017 French presidential election - Reuters

PARIS -5 May 2017: The campaign team of French presidential candidate Emmanuel Macron on Friday confirmed it had suffered a "massive and coordinated hacking attack" after internal documents were released online, slamming an attempt at "democratic destabilisation".

"The files circulating were obtained several weeks ago due to the hacking of the personal and professional mailboxes of several party officials," Macron's En Marche! (On The Move) party said in a statement, just as campaigning officially ended ahead of Sunday's election.

Macron's team added that all the documents were "lawful" and said the large-scale hacking was "unprecedented in a French electoral campaign".

The online leak shortly before midnight on Friday came barely 24 hours before Sunday's final round of the presidential election -- one of the country's most dramatic in decades -- in which the centrist former economy minister faces far-right leader Marine Le Pen.

"The En Marche movement was victim of a massive and coordinated hacking attack leading to the spreading this evening on social media of internal information of a diverse nature (emails, accoutning documents, contracts)," the statement said.

"Those circulating these documents are adding many false documents to authentic documents in order to sow doubt and disinformation," Macron's team said.

It noted that the release came "in the last hour of the official campaign" and that it is "clearly a matter of democratic destabilisation, like that seen during the last presidential campaign in the United States".

"Throughout the campaign, En Marche! has constantly been the party the most targeted by such attempts, in an intense and repeated fashion," the lengthy statement said.

"The aim of those behind this leak is, all evidence suggests, to hurt the En Marche! party several hours before the second round of the French presidential election."

It went on: "Clearly, the documents arising from the hacking are all lawful and show the normal functioning of a presidential campaign.

The WikiLeaks website posted a link on Twitter to the trove of documents -- saying it "contains many tens of thousands (of) emails, photos, attachments up to April 24, 2017" -- while indicating it was not responsible for the leak itself.

WikiLeaks said there were around 9 gigabytes of data in total, saying it was "checking parts" of the cache.