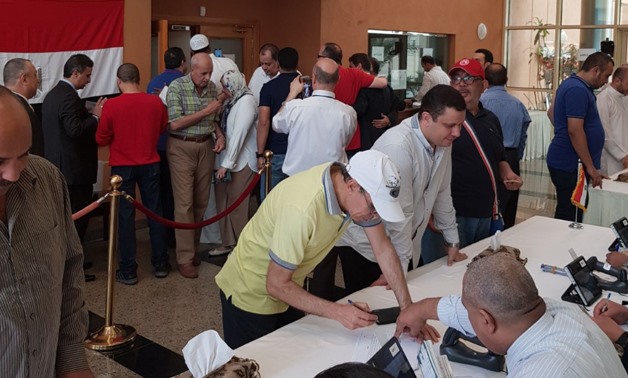 CAIRO – 17 March 2018: The staff of the Egyptian Embassy in Austria is keen to remove any obstacles hindering expatriates from voting, General Secretary of the Egyptian Club in Vienna, Austria, Wael Abdel-Qader, said on Saturday.


Egyptian Ambassador to Austria Amr Amer cast his ballot in the ongoing presidential election on Saturday.

“The voter turnout was higher than what was expected on the first day in the election,” Amer told the Egyptian TV on Friday.

The election is being conducting in 139 embassies and consulates across 129 countries according to data from the NEA. Consulates and embassies in different countries officially opened their doors on Friday at 9:00 a.m. local time in each country.

This is the third presidential election to be held since the January 25 Revolution in 2011; a run-off round, if needed, is scheduled to take place in April.

The government and media outlets in Egypt have urged voters to head to the polls on the second day of the country's presidential election, amid a sign of a higher-than-expected turnout in the balloting on the first day.


Sixty million eligible voters at home are due to cast their ballots in the country's 27 governorates starting March 26 until 28.