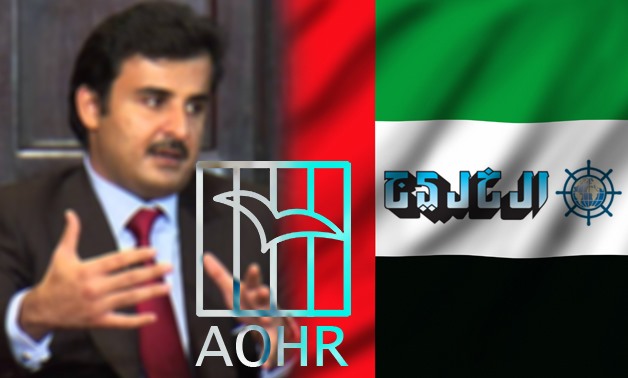 CAIRO – 29 November 2017: An editorial published by the Sharjah-based Al Khaleej daily newspaper on Wednesday under the title “

” slammed the Qatari regime for its years-long practices that aim at sowing discord among Arab countries.

The editorial said Doha has been circulating numerous claims and lies through its media arms and social media trolls and bots in order to spread sedition and spread chaos in the region.

According to the newspaper, the Qatari regime had a role in igniting chaos during the Arab Spring demonstrations that waved across the Middle East and North Africa through a series of schemes and plots.

Moreover, the Qatari regime adopted a biased media policy that supported and highlighted extreme groups, such as the Muslim Brotherhood, in Egypt, Tunisia, Yemen, Syria and Libya.

One leaked cable sent by U.S. Secretary of State Hillary Clinton in December 2009 noted that, “Qatar’s overall level of counter terrorism cooperation with the U.S. is considered the worst in the region.”
Extremists have found it easier than competing non-Islamists trying to fill the void of a claimed state failure; supported by Qatar, these groups managed to secure external funding, weaponry and fighters, to rally around a pan-Islamic identity.

The editorial went on about how Qatar intensified its attack against the role played by Saudi Arabia and the United Arab Emirates in Yemen despite that they both are the most active countries that try to regain the extorted Yemeni legitimate authority from the hands of Houthis and remnants of ousted Yemeni president Ali Abdullah Saleh.

The newspaper affirmed the “humanitarian” and “brotherly” incentives that made Saudi Arabia and the UAE decide to aid Yemen in its war against extremists and terrorism. It also stressed that Qatar did nothing to help the coalition fighting in Yemen, which managed to free and rehabilitate some areas.

The article also added that Qatar, led by Hamad Al-Thani’s regime, can do nothing other than plotting and laying schemes, it criticized the Qatari-masked Arab Organization for Human Rights in the UK that announced it is calling the UAE to the ICC over "indiscriminate attacks on civilians" in Yemen.

The organization’s action was criticized by UAE Minister of State for Foreign Affairs Anwar Gargash who accused Qatar of being responsible.

"The Arab Organization for Human Rights with its address in Qatar has filed a media complaint against the UAE to the International Criminal Court," Gargash wrote on Twitter.


Gargash further slammed “fake” human rights NGOs that Doha uses to carry out its own agendas.


Using “fake” human rights NGOs such as Al Karama & the Arab Org for Human Rights UK has always been a favourite tool of Qatari FP. The latter’s publicity stunt in the ICC attests to this.


Al Khaleej’s editorial concluded that such move by Qatar indicates that the tiny emirate is starting to flounder out of frustration as it feels like disengaging from its Gulf and Arab milieu as its schemes were unveiled. It pointed out that countries that embraced Doha were not aiming for its protection, but to possess it in order to carry out their ultimate dream of taking over the whole region.