UPDATE: 29 detained in Egypt on charges espionage for Turkey 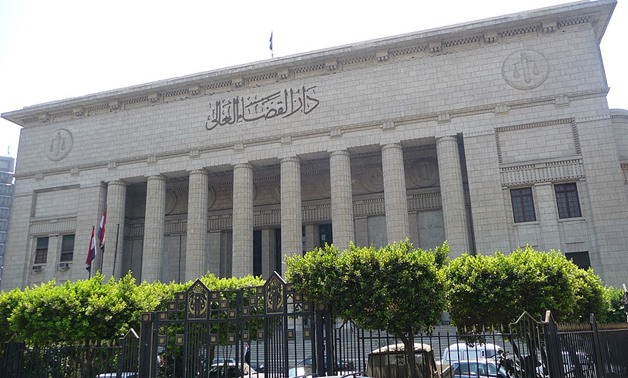 The defendants have been accused of conspiring with Turkey with the aim to harm national interests, join terrorist organizations, conduct overseas calls without licensing, money laundering, and illegal currency trading.

The full statement is included below:

Prosecutor General Nabil Sadeq has ordered the imprisonment of 29 defendants, while others are at large in Egypt and abroad, for 15 days pending investigations over accusations of committing espionage for Turkey from within Egypt and abroad, with the aim of harming national interests, joining terrorist organizations, conducting overseas phone calls without licensing, money laundering profits of these crimes, and illegal currency trading.

The Supreme State Security Prosecution has overseen investigations by the General Intelligence Service which revealed deals conducted between the Turkish security and intelligence services and the international Muslim Brotherhood group. Investigations have revealed the Brotherhood aims to take over power in Egypt by infiltrating and bringing down Egypt’s state institutions.

The conspirators undertook this mission through two axes: firstly, they conducted overseas calls across Turkish information networks to survey the negative and positive climate within the country, in addition to monitoring and recording the opinions of all segments in society concerning these conditions. In accomplishing the first process of their mission, they were assisted by several Brotherhood members and others within the country and abroad whose services were compensated financially. Secondly, they created external media entities to broadcast statements fabricated from the abovementioned recordings to incite the public against the state’s institutions.

Investigations have also further confirmed that profits gained from illegal overseas calls were used in establishing the media entities. Investigations have intercepted information leaked in calls made to the Turkish security and intelligence services, revealing that elements are being recruited within Egypt to undertake violence within the state.

The General Prosecution has permitted recording the phone calls conducted by defendants in addition to surveying any meetings and correspondences over the span of consecutive months, which has revealed links to the planned crimes and those involved in them. Investigations have also unveiled several corporations that were used as a cover for the money laundered from the communications with the Turkish security and intelligence services, easing their transfer to the Muslim Brotherhood to enable them to carry out their plans against the Egyptian state.

As per the Egyptian penal code, the acts committed by these individuals are criminal, mandating the Egyptian investigative bodies to end their activities. Thus, the State Supreme Security Prosecution has arrested the defendants, searched their residences and many of the venues they have taken as their activities’ headquarters, and confiscated many of the devices used in their overseas communication.

The State Supreme Security Prosecution has undertaken investigations in the case and will issue statements in line with the investigations’ development.

If it is in Egypt’s national state security’s interests to withhold information and analyses pertaining to the case and the investigations carried into it, that will be committed to lawfully in order to refrain from harming the Egyptian state’s supreme interests.