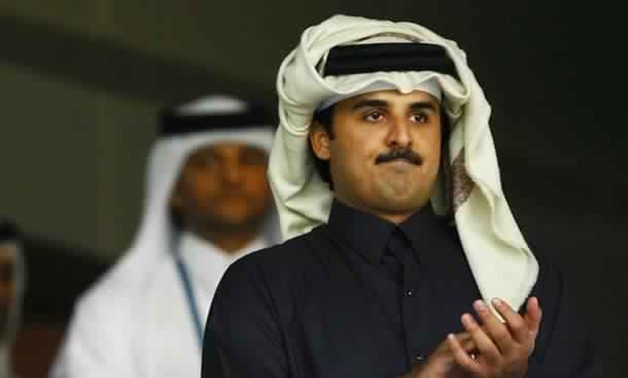 Qatar has been hit by its biggest diplomatic crisis in years after Arab nations including Egypt, Saudi Arabia, the UAE and Bahrain cut ties with Qatar, accusing it of destabilizing the region with its support for Islamist groups.

Banu Yam is a large tribe located in Najran Province in Saudi Arabia and the principal tribe of that area. They belong to the Qahtanite branch of Arabian tribes, specifically the group known as Banu Hamdan, and are, therefore, native to southwestern Arabia.

Most of the tribe members have moved into small villages and given up their previous nomadic way of life. The tribe of Yam was also the progenitor of two other important tribes: the Al Murra and the 'Ujman of eastern Saudi Arabia.


In 2005, Qatar revoked the citizenship of about 5,000 to 6,000 members of Al Ghafran clan of the Al Murrah tribe and exiled them to Saudi Arabia, allegedly for playing a major role in the failed counter-coup of 1996. The tribe used to hold ministerial positions between 1996 and 2013 until Tamim bin Hamad Al-Thani became the Emir.

Sheikh Tamim was afraid from repeating the previous coup attempt that occurred in 1996 against his father Sheikh Hamad Bin Khalifa Al-Thani, after the latter had toppled Sheikh Khalifa bin Hamad Al-Thani.

In light of the growing concern that the country may witness a tribal revolution to overthrow the current regime, Sheikh Tamim put the tribesmen under huge security and economic pressure all the time using the Qatari state institutions.

The pressure exerted by Sheikh Tamim's intelligence and security agencies came after a number of senior tribal leaders in Al-Murra in Saudi Arabia who stressed their support for the Gulf blockade imposed on Qatar during their meeting with the Saudi crown prince and Defense Minister Mohammed bin Salman.

Al-Murra also denounced the Qatari policies towards the region, pointing out that the bad relations between Saudi Arabia and Qatar began since Sheikh Hamad took over the state of Qatar.

In mid-June Al-Murra leaders sent a delegation to Saudi Arabia where they met the Saudi crown prince Mohamed Bin Salman. The 40 delegation members expressed their support of the boycott denying the Qatari regime’s acts which led to the deterioration of Saudi-Qatari bilateral relations since the 1996 coup. The tribe leaders manifested their discontent upon the regime’s resorting to Iran and Turkey for military protection.


History of the tribe

Al-Murra resides in countries such as Qatar, Saudi Arabia, the United Arab Emirates, Kuwait, Bahrain and Wadi Amad of Yemen.

Qatar has a large number of Arab and non-Arab tribes and families, which have travelled from neighboring countries for safety, including Al-Murra tribe. The tribe had good relations with the ruling Qatari family since the first founding Emir Sheikh Qasim bin Mohammed Al-Thani. From the first moment, they contributed to the building and defending of the state.

Historically, the Al-Murra tribe made up a large proportion of Qatar's ethnic population. Estimates dating back to 2005 put the figure between 5,000 and 10,000 suggesting that they accounted for anywhere between 2.5 % - 5% of the Qatari population at that time.

A majority of tribe members were strong supporters of Sheikh Khalifa Al-Thani, the former Emir of Qatar who was deposed in 1995 in a coup by his son. Eight months after the coup, 119 Al-Murrah members attempted to overthrow the new Emir of Qatar, Sheikh Hamad Al-Thani, but failed.

Qatar has put many members of the Al-Murrah tribe in prison without trial, where they were subjected to torture and humiliation, and others were prevented from entering the country for long periods, and then dropped their nationalities.