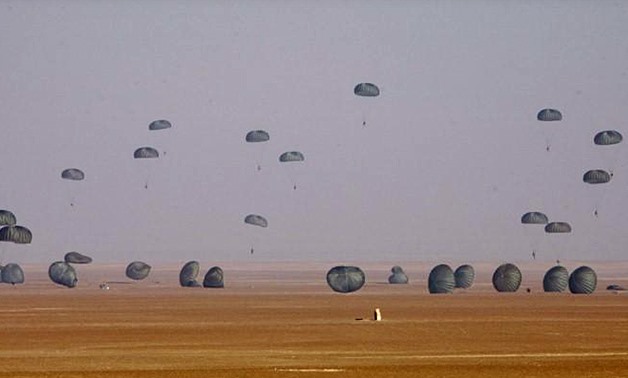 CAIRO – 6 September 2017: The Egypt-U.S military maneuvers known as the Bright Star will be resumed for the first time since the ousting of ex-president Hosni Mubarak.

The last time the joint exercise took place was 8-years-ago in 2009, but the exercise was suspended without announcement at that time. The exercise is to be hosted in the newly-inaugurated Mohamed Naguib military base, and operations are to commence on September 10 and will finish on the September 20. A number of Arab countries, as well as a number of countries from NATO were invited by Egypt to partake in the operations as supervisors. The most distinguished among the invitees to date is Sudan.

Bright Star maneuvers first started in 1980 following the signing of the Egypt-Israel peace treaty in 1979. It was held again in 1981 and afterwards became biennial until its suspension in 2009. It was supposed to resume a year ago; however, it never did because it was altogether cancelled by U.S. president Barrack Obama in 2013. The cancelation was a statement in objection to the removal of elected president Mohamed Morsi from office.

The number of countries participating in the operation before its suspension reached up to 12 countries. For the new September maneuver Egypt has invited Sudan to participate as a supervisor, and it is highly expected that Sudan will accept the invitation.

The largest-scale of the Bright Star operations was held in 1999. They involved 70,000 soldiers and officers from 11 different countries.

According to statements made by the U.S. administration, 200 U.S military personnel are to take part in the joint-exercise, and this number is expected to rise. The operations will also involve security drills, anti-terrorist drills, and counter- extremist tactics.

Counter-terrorism, special operations, and various other army personnel from both countries are to partake in the operations; the 777 and 999 units as well as the Sa'ka (Thunderbolt) forces are going to be part of the exercise. Special attention will be given to counter-terrorism tactics and to strategies for dealing with terrorist groups that have recently become increasingly active in the region, the Islamic State organization (aka ISIL) for instance. The exercise will also focus on bomb detection drills with the objective of increasing military efficiency in detecting bombs that target military and police forces in Sinai.

The Mohamed Naguib military base was specifically chosen for the long-awaited event because of its huge capacity; this capacity makes it an excellent choice for accommodating the large number of troops that are to take part in the exercise. The base is also ideal because it is equipped with the latest technological weaponry that will be used during the drills.

Military expert Nasr Salem told Egypt Today that resuming the Bright Star is proof of Egypt's regional eminence and its place as the cornerstone in the matrix of Middle Eastern stability and balance of powers. It also pronounces the power of the Egyptian army as well as the change in the American stand towards Egypt. Salem added that the operations are held in the context of sharing experiences and training troops on the know-how of fighting terrorist organizations.

In addition, Major General Adel al-Mode stated that resuming the exercise is irrefutable evidence that there is a significant change in the U.S policies towards Egypt that Egyptian politics is progressing in the right track. Also Trump's administration is well-aware of Egypt's weight in the region, and that the Egyptian army is the most paramount in the entire region.