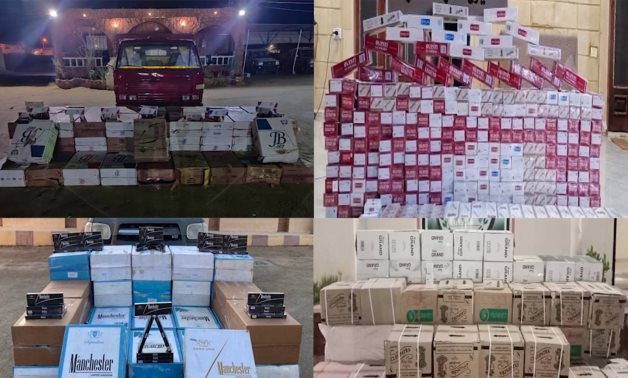 CAIRO – 27 July 2022: The Egyptian Armed Forces announced Tuesday that the Border Guard Force, backed by information provided by the intelligence agencies, had recently thwarted several smuggling attempts of arms and drugs as well as illegal migration. As for operations on other directions, they resulted in the apprehension of 31 smugglers, and the seizure of two tons of hash; 70 kilograms of hydro drug; 32 kilograms of opium; 3,822 mobile phones; 12 metal detectors; 122 kilograms of gold rocks; 13 vehicles; and three loaders. The Border Guard Force was also able to foil custom evasion attempts by preventing the smuggling of quantities of goods. That is in addition to inhibiting the entry of 927 illegal migrants of different nationalities.