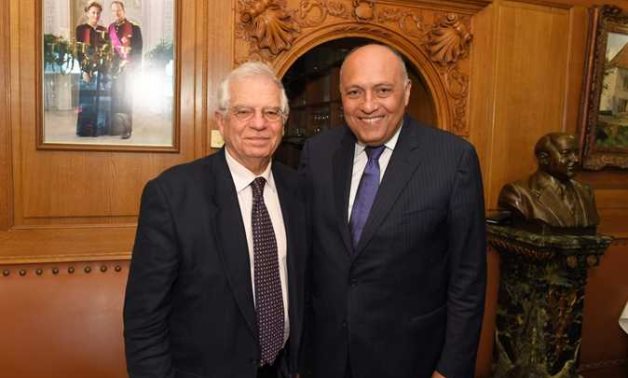 According to the Council of the European Union, the EU-Egypt Association Council will address bilateral relations and political issues as well as global and regional issues of mutual concern.

The plenary session of the council will discuss developments and prospects of the Association Agreement between Egypt and the EU, the Commission said.

The council will endorse the priorities of the new Egypt-EU partnership until 2027, the Commission said, adding that this will chart the way for partnership between the two sides.

“The EU attaches great importance to its relationship with Egypt as a key partner and regional player and underlines the strategic nature and potential of the partnership,” the commission said.

The meeting comes after a visit by President of the EU Commission Ursula von der Leyen to Egypt last week, during which she attended the signing of an agreement on natural gas delivery to the European Union (EU) from the East Med region.

The agreement was signed during the ministerial meeting of the Egypt-based East Med Gas Forum (EMGF).

“With this EU-Egypt-Israel agreement we will work on the stable delivery of natural gas to the EU from the East Med region,” Von der Leyen tweeted on Wednesday.

“This will contribute to our EU energy security and we are building infrastructure fit for renewables - the energy of the future,” she added.

The gas deal signed between Egypt, Israel and the EU aims at reducing the EU reliance on Russian gas supplies. Israel will send gas to the EU after being liquified in Egypt.

This comes in the wake of Russia’s decision to cut off gas supplies to a number of European countries, including Germany and Denmark, which refused to pay for Russian natural gas imports in rubles in the wake of the ongoing Russian invasion on Ukraine since February.

Egypt, a country that has achieved self-sufficiency in natural gas since 2018, had gas export revenues of $3.9 billion in the first four months of 2022.

This represents the revenues Egypt obtained in the whole year of 2021, which stood at $3.959 billion up from $456 million in 2020 according to Reuters.