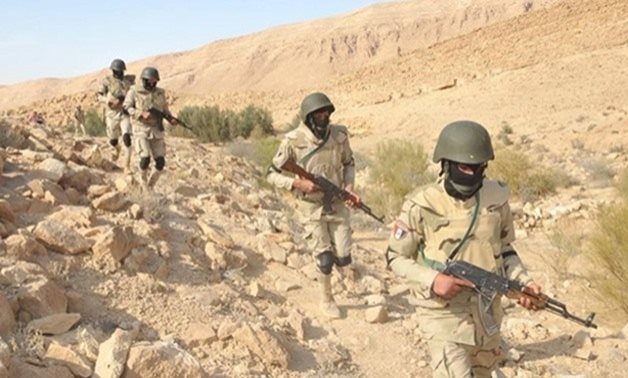 CAIRO – 7 May 2022: Many Arab countries, the Arab Parliament, as well as Egyptian ministers and the Coptic Orthodox Church have strongly condemned on Saturday the deadly terrorist attack that took place west of Sinai, killing 11 army men including an officer.

Saudi Arabia condemned the attack and affirmed Saudi support to Egypt against threats to its security and stability. The Kingdom also hailed the role played by the Egyptian Army in facing such terrorist attacks.

The UAE also condemned the attack and reiterated permanent rejection of all forms of violence and terrorism, which aim at harming security and stability and violate the humanitarian principles and values, Emirates News Agency (WAM) reported.

Kuwait also said it stands by the Egyptian state concerning all measures taken to protect Egypt’s security and stability and supports the Egyptian efforts to face extremism and terrorism.

The Qatari Foreign Ministry reiterated the country’s fixed stance rejecting violence and terrorism and extended condolences to the families of the victims of the attack as well as people and government of Egypt.

The ministry also wished the injured a speedy recovery.

The Jordanian Foreign Ministry also issued a statement to condemn the attack.

The Egyptian Cabinet mourned the martyrs of a terrorist attack that targeted a water-lifting station in western Sinai on Saturday.

Prime Minister Moustafa Madbouli said in a statement he sadly mourns the victims of the attack, expressing his heart-felt sympathies and condolences to their families and the Armed Forces.

He asserted the determination of the Egyptian State to press ahead with the march of construction and development and continue the nation’s “battle of dignity” which is fought by its loyal people against evil enemies and the forces of terrorism and extremism.

Egyptian President Abdel Fattah El-Sisi affirmed on Saturday that treacherous terrorist attacks will not undermine the determination of people and the army to uproot terrorism.

The president’s remarks came shortly after the army spokesman said on Saturday that the military foiled an attack by a group of takfiri elements on a water lift station east of the Suez Canal, noting that the confrontation left 11 military personnel killed.

The spokesman noted that the terrorist elements are being pursued and besieged in one of the isolated areas in Sinai.

Egypt has been fighting terrorism since 2013, which saw the ousting of President Mohamed Morsi, the outlawed Muslim Brotherhood’s leading figure who ruled Egypt for a year.

Attending an event held by the Egyptian Armed Forces to celebrate "Martyr Day” in March, President Sisi said “I wish you all to understand how the price paid to achieve security is very precious.”

In a speech, President Sisi pointed out that the Egyptian people’s willpower to ouster the narrow-minded regime that existed in 2013, incurred a wave of terrorism. And, that to contain it, many of the members of the Egyptian Armed Forces were made martyrs.

The president further noted that the Egyptian Armed Forces has been determined to couple war on terror with contributions in development works. Sisi was referring to supervising the building of roads, infrastructure projects, factories, and farms.