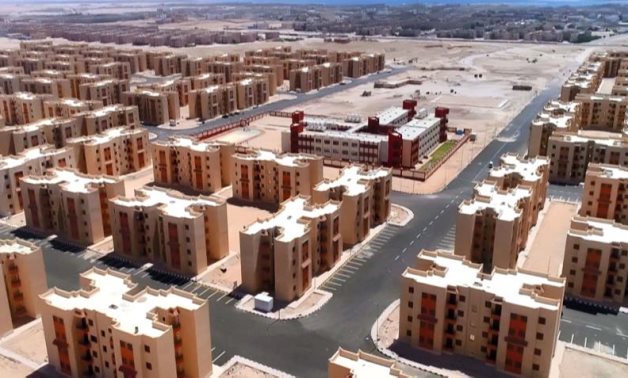 Projects in Sinai also include the “Great Transfiguration on the Land of Peace” project in Saint Catherine city, Gazzar added in a statement on Friday.

These projects aim to contribute to the development of Sinai by improving the quality of roads and services provided to citizens, developing villages and remote Bedouin communities, and reconstructing the Sinai desert, the minister said.

He added that the projects also aim at making optimal use of the resources available in these areas in order to achieve an improvement in people’s standard of living and provide their needs of food and services. This is in addition to facilitating movement and linking Sinai with the whole nation.

The housing projects in this regard include more than 17,000 housing units at a cost of LE 3.7 billion, the minister said, adding that the projects seek to provide people of Sinai with adequate housing.

One of the most important projects in Sinai, which is currently being implemented, is the project to develop the site of the “Great Transfiguration Over the Land of Peace” in St. Catherine.

With regard to road projects, 129 projects with a total length of 1,034 km have been and are being implemented at a total cost of LE 8.5 billion, Chairman of the Central Agency for Reconstruction Mahmoud Nassar said.

Of this length, 874 km of roads have been already implemented and 160 km are being implemented. This is in addition to the implementation of 32 projects within the framework of the axis of integrated development for the people of Sinai with investments of LE 720 million.

So far, 18 housing complexes has been completed and the implementation of the second phase regarding the establishment of 17 development complexes is underway to increase the number of Bedouin homes, Nassar said.

The second phase includes the construction of an additional 950 homes to accommodate the families benefiting from the project, Nassar added.

Moreover, facilities and services projects have been or are being implemented at a cost of LE 1.6 billion, Nassar said.

This aims to secure the infrastructure and facilities required for new industrial zones, connect facilities to existing communities and villages, and construct service buildings in a way that contributes to improving the quality of services provided to citizens, he explained.

The number of electricity projects in Sinai has amounted to 47, Nassar said, including projects to connect electricity to villages and communities in the centers of Bir Al-Abd, Nakhl, Al-Hasna and Al-Arish in North Sinai.

This is in addition to villages and communities in the centers of Sharm El-Sheikh, El-Tur, Ras Sidr Abu Znaima, and Abu Redis, he added.