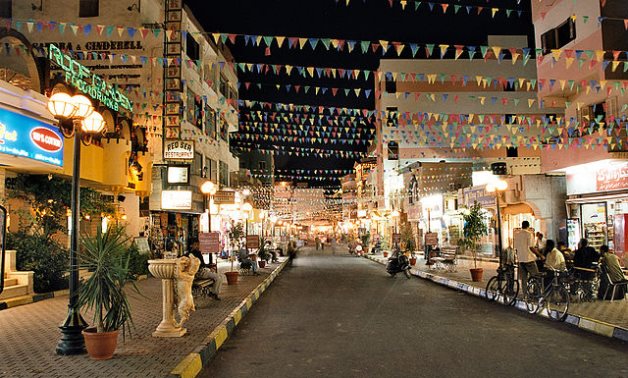 A night view of the main street of the bazaar in El Dahar during the month of Ramadan, Hurghada, Egypt - Wikimedia Commons/Przemyslaw "Blueshade" Idzkiewicz.

CAIRO – 28 March 2022: An official at the Egyptian Meteorological Authority (EMA) expected a rise in temperatures on the first days of the Muslim’s holy month of Ramadan so that the country sees sunny days.

Manar Ghanem, a member of the media center of the EMA, told Egypt Today that the temperatures in Greater Cairo in the first days of Ramadan are expected to range roughly from 33 to 34 degree Celsius during daytime in Cairo.

She, however, warned that the weather will continue to be cold during nights and that temperature may reach lows of 10, urging citizens to continue to check the weather forecast issued by the EMA day by day.

The Supreme Committee for the Management of the Epidemic and Health Pandemic Crisis affiliated with the Cabinet and headed by Prime Minister Moustafa Madbouly, also agreed on keeping mosques and all of its affiliated buildings open during Ramadan for performing Tarawih prayers.

The closing hours of shops, restaurants and cafes has also been extended to 2 pm during the month of Ramadan.

It was also agreed to hold weddings and celebrations in closed halls in hotels, while adhering to precautionary measures, starting from April.

The meeting was attended with the participation of a number of ministers and officials, including Minister of Defense and Military Production, Minister of Endowments, Minister of Tourism, and Counselor Omar Marawan, Minister of Justice.