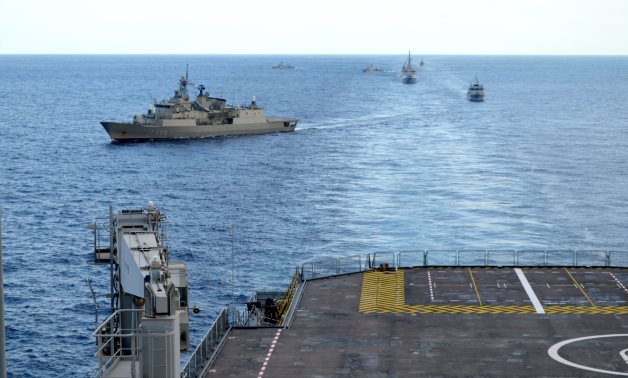 CAIRO – 18 November 2021: Spokesperson of the Egyptian Armed Forces announced Thursday the launching of Egyptian-Greek Joint Air-Naval Exercises 'Medosa 11', which will last for several days with the participation of Cypriot, Emirati, and Jordanian elements. Egypt is contributing by Mistral-class helicopter carrier 'Gamal Abdel Nasser' among other vessels as well as multirole combat aircraft. As for human elements, there are members of Special Forces, Naval Special Forces, and students at the Naval Academy. The exercise program includes the planning and administration of joint air and naval operations, and air and sea landing by Special Forces.