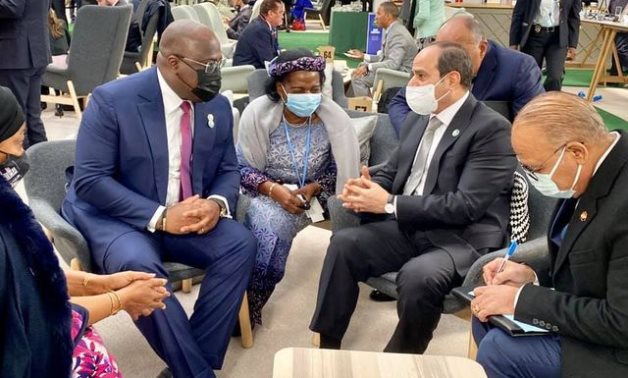 "President Sisi lauded the efforts deployed by the Democratic Republic of Congo while chairing the African Union (AU) to fulfill the continent's developmental aspirations, and promote its causes and stances in international conventions," the Egyptian presidency's statement indicated.

The Egyptian president also commended Congo's endeavors to achieve a settlement to the Grand Ethiopian Renaissance Dam (GERD) crisis. He asserted Egypt's fixed stance on the issue, and its vision focusing on getting actively involved in the negotiations with the aim of closing a legal binding agreement on the filling and operation of the dam in alignment with the UN Security Council's presidential statement.

In another context, both presidents expressed satisfaction about the outstanding level bilateral relations have reached. That is on the level of political coordination and consultation, and on the level of economic cooperation. The Congolese president thanked his Egyptian president for the continuous support to his country.