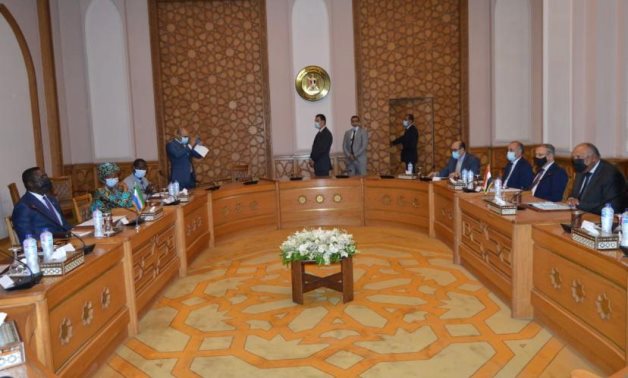 The minister added that such cooperation has to include "reconstruction and post-conflict development endeavors." The talks also tackled coordination over reforming and expanding the Security Council's permanent membership, in light of Sierra Leone's chairmanship of the African Union (AU) committee in charge of the matter.

In a different context, both ministers expressed desire to bolster bilateral relations in various sectors as well as trade exchange. Minister Shokry also pointed out that Egypt had granted Sierra Leone aid, medicine, and medical equipment to support the healthcare sector in the country.

At the end of the meeting, Shokry and Francis signed three memoranda of understanding. One pertains to political consultation, while the other two are in the sectors of culture and youth.