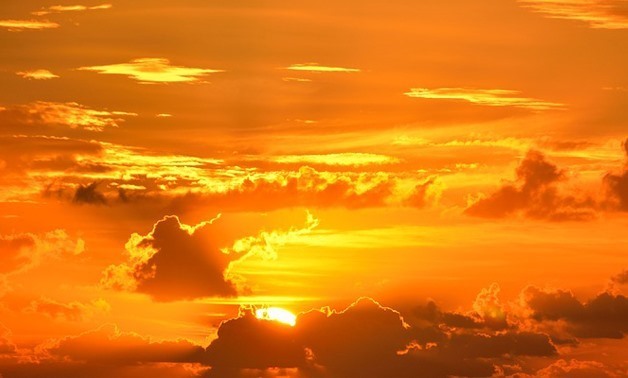 CAIRO – 28 July 2021: The Egyptian Meteorological Authority expected the country to witness a rise in temperature degrees in most areas, where a very hot and humid weather to prevail over Greater Cairo and Lower Egypt.

The weather is expected to be humid in northern coasts, and very hot on southern Sinai.

The temperature is expected to increase between two and four degrees Celsius.

As for the weather at night, moderate and humid weather prevails over Greater Cairo and the rest of the regions.

The authority also stated that wind activity will be witnessed in areas of Cairo, the northern coasts, southern Sinai and the south of the country at intermittent intervals, which reduces the feeling of high humidity at night and leads to waves rising on the Red Sea shores from 2 to 2.5 meters,

As for the temperatures on Thursday:

Alexandria will record highs of 32 and lows of 25 degrees

Sohag will record highs of 39 degrees and lows of 26 degrees,

Aswan will record highs of 42 degrees and lows of 28 degrees.