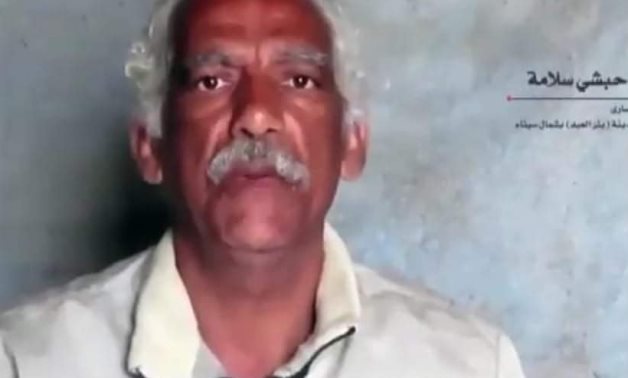 CAIRO - 19 April 2021: An Egyptian nun mourned a Coptic man who was executed by terrorists in North Sinai in a moving Facebook post, saying the victim was "a lion."

A video of Nabil Habashy's murder was released Sunday, where the militants threatened Copts and Egyptians who support the army.

Nun Tasony Refka Samir wrote a post about the crime, and it has since been widely shared.

"Wilayat Sinai released a video today, announcing the martyrdom of Nabil Habashy of Virgin Mary Church in Sinai and threatening us because we stand behind our army," Nun Tasony said.

"I saw the video. Uncle Nabil appeared steadfast despite being abducted for over three months and they must have mistreated him for all that time. This has only one meaning, that uncle Nabil is a lion and you were a bunch of rats. You are such a failure. You do not learn that Copts are not afraid, much like all the Egyptians that you cannot defeat. If you were up to our army and police, you would not act tough on an armless man and pretend to be all macho and thuggish. If you were so strong, why were you shaken and frightened by an episode in a series? Your hearts are filled with darkness. May God protect my country, army, police, and people, Christian and Muslim. Congratulations on heavens uncle Nabil, you were a lion and you went to heaven in great dignity." she continued.

The nun refers in her post to episode 5 of the series Elekhteyar (the choice) on Saturday, which showed the dispersal of the armed Rabaa sit-in Aug. 14, 2013, which demanded the reinstatement of President Mohamed Morsi. The dispersal was followed by a spat of violence across Egypt against the police, military and Christians by the followers of the Muslim Brotherhood.

Egypt’s Ministry of Interior announced Monday the killing of three terrorists involved in murdering Nabil el-Habashy, a 62-year-old Copt who was executed by the Islamic State (IS) on Sunday in North Sinai.

In an official statement, the Ministry said that they received information about the presence of a group of terrorists involved in the killing of Egyption citizen Nabil Habashi in North Sinai.

It was added that this group was planning to target number of the Coptic citizens properties, worship places along with other armed forces and police stations.

The forces moved to the terrorists’ locations in North Sinai as both sides exchanged fire shooting.

As a result of the shooting, an explosive belt which one of the terrorists was wearing exploded, and all three elements were announced dead.

The police forces found with the terrorists, three weapons, one explosive belt, and one grenade, along with huge quantity of automatic bullets.

Two of the three killed terrorists’ identities were announced as: Mohamed Salem Zyada, one of the most dangerous terrorists who planned to several attacks in Sinai and Youssef Ibrahim Sliem who is also involved in carrying out many terrorist operations.

Other terrorists involved in killing Habashy were identified according to the statement, and the ministry is still looking for them. Those terrorists were announced to be: Jihad Atallah Salama Odeh, Ahmed Kamal Muhamad Shehata andbKhaled Muhamad Salim Hussein.